The AfD had waited a long time for this. Seven years after it was founded, the party adopted a pension plan. After several hours of debate, 88.6 percent of the delegates at the federal party conference in Kalkar approved a key proposal on social policy.
The main features of the paper in which the pension is the core had already been drawn up in the spring as a compromise between the economically liberal part and the supporters of the pay-as-you-go system around Albrecht Glaser, the chairman of the AfD federal program commission.

Co-party leader Jörg Meuthen had once campaigned for a long-term exit from the current system and a move towards a more financially funded pension, but did not succeed internally. He carried the lead motion, as he assured the Phoenix broadcaster on Saturday morning.

In the main motion, the AfD is committed to the welfare state, the social market economy and “to solidarity and mutual help within our people”. The pension concept is outlined in the actual core of the paper, including:

The AfD also wants to regulate the payments made by officials into the pension fund. Civil servant activities should be restricted to “for example the armed forces, customs, police, financial administration and justice”. The “majority of future state employees”, however, should pay into the statutory pension insurance, according to the lead application.

In the debate there was also a demand that the special payments to parents for each child in the amount of 20,000 euros in the pension should only be granted to “German citizens”. But AfD speakers pointed out that anyone who had worked as a foreigner in Germany for 20 years should also receive these payments. The point was finally referred to the relevant technical committee for further discussion.

A passage on Corona was included with a large majority. It criticizes “the federal government’s panic-like corona measures”. It is called for the nationwide measures such as lockdowns and mask requirements to be replaced as quickly as possible with appropriate means for the targeted protection of risk groups, and all areas of business and culture affected should be reopened immediately.

Springer’s “citizenship money” is not discussed

An application from the AfD member of the Bundestag René Springer, which provides for a basic income of around 500 euros per month, was eagerly awaited at the party congress. The concept of “citizenship money”, conceived as a right-wing socio-political response to left-wing basic income ideas, had the support of the two co-chairmen Tino Chrupalla and Jörg Meuthen. It stipulates that people who earn enough pay less income tax at the end of the year. Foreigners, including EU citizens, are not included in this. According to the concept, it is only “conceivable” that “integrated foreigners with a permanent right of residence” would receive the basic income when they have earned taxable income for ten years and have thus been able to earn a living.

However, the majority of the application was not admitted for referral. Not for reasons of content. AfD politician Glaser complained that he was not advised at any point in the party committees.

The federal party conference on the Lower Rhine was subject to strict hygiene and distance requirements, which the party must comply with after an unsuccessful lawsuit before the Higher Administrative Court in Münster. Masks are to be worn inside and outside the hall, every 50 minutes the hall had to be aired for ten minutes.

The Kalkar Ordnungsamt declared that “by and large” the delegates – 540 of 600 had come – adhered to the rules. At the beginning, co-party leader Tino Chrupalla had campaigned for compliance, the AfD shows that a federal party conference can also be held in Corona times.

The surprise, however, was the appearance of the co-federal chairman Jörg Meuthen. In his speech he sharply criticized the right-wing part of the party, protests by the »lateral thinking« movement, indirectly also the AfD honorary chairman Alexander Gauland and the rhetoric of some AfD members: »We will not achieve more success by becoming more and more aggressive , appear more and more coarse, more and more uninhibited. “He indirectly distanced himself from Gauland’s sentence of the” Corona dictatorship “when he said:” We do not live in a dictatorship, otherwise we would hardly be able to hold this party conference today. “Right-winger Björn Höcke then said in the ARD that Meuthen’s speech was “a big mistake”. (Read more details here.)

Contrary to the original plan, the staff elections were also held on Saturday. The so-called moderate camp was able to enforce three representatives on the federal executive board: Carsten Hütter was the new treasurer with a narrow result, and his deputy Christian Waldheim, who was also elected with an extremely narrow 50.1 percent in a runoff election. The observer position for the ex-AfD politician Andreas Kalbitz in the federal executive board has also been filled. In May, Meuthen had enforced the cancellation of Kalbitz’s party membership by a board resolution – which deepened the split in the AfD.

The election of the assessors was therefore also a test of Meuthen’s position in the party. The Hessian member of the Bundestag Joana Cotar stood as a candidate for his supporters. Only in a run-off election did she prevail against the Saxon MEP Maximilian Krah – with around 52 percent. Meuthen is likely to have expanded its narrow majority in the 15-member federal board. In her speech, Cotar, who was born in Romania, had declared that she wanted to “save Germany.” The 47-year-old, previously briefly in the CDU, also used the usual AfD rhetoric. The German minority in Romania knows how to “preserve German culture”, they turned against “the supervised thinking of public broadcasting”. But she also said: The AfD “must become more personable”.

The party congress continues on Sunday. Possibly with a motion from members on the far right against Meuthen. The Freiburg district board, in which AfD politician Dubravko Mandic sits, calls for the “divisive behavior” of Meuthen and his supporters to be disapproved. It is questionable whether this will succeed. Mandic had already failed on Saturday – with the application to exclude the media from the party congress.

Editor’s note: Because of the corona situation, the SPIEGEL reporter is not following the party congress on site, but in front of the TV screen and in the live stream.

FFP2 masks are exempt from VAT

Avalanche near St. Moritz: “First we saw two skiers, then only one”

Schools should only close in an extreme emergency

Controversial decisions before the end of office – Wiener Zeitung Online

Business angels, now it’s up to you

Belgium: infected during a ski holiday in Switzerland – 5000 people in quarantine 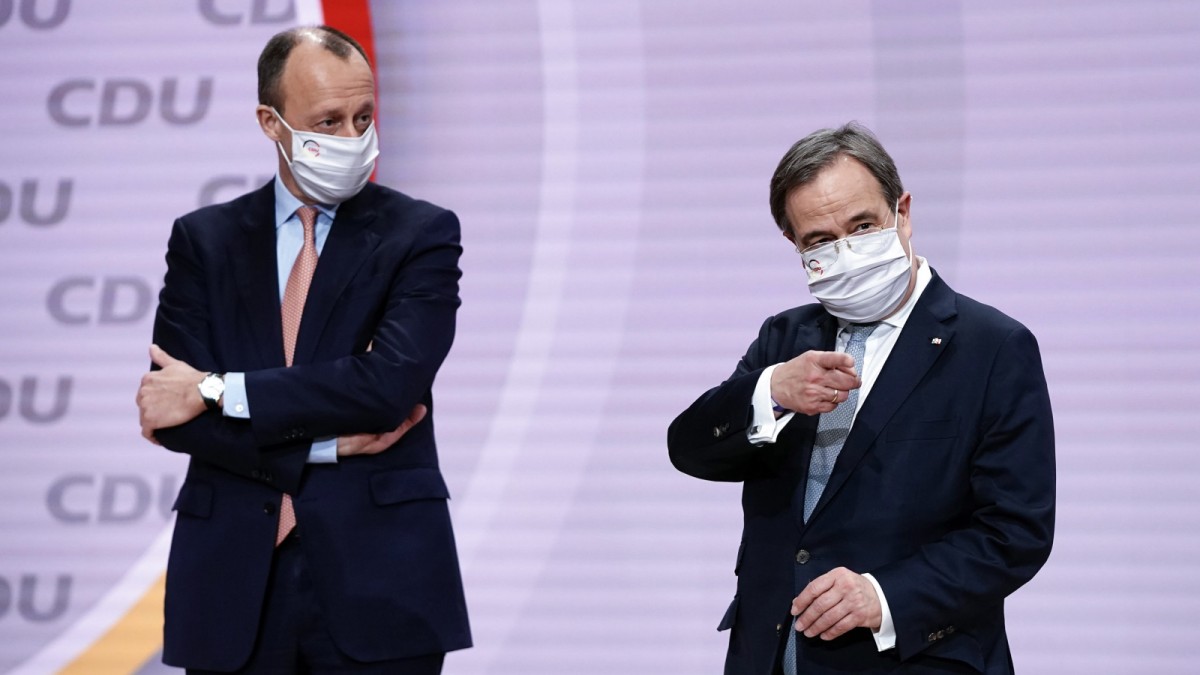 CDU: Merz gives in and joins in – politics