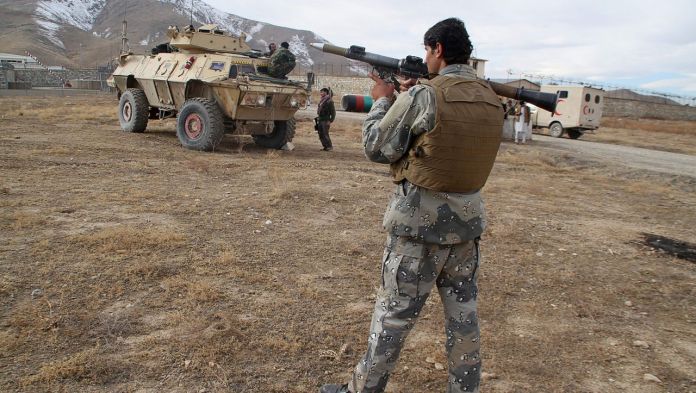 At least 34 people were killed in two suicide attacks in Afghanistan on Sunday.

According to the AP news agency, an assassin drove towards an army base in a vehicle loaded with explosives near the city of Ghazni in the east of the country and blew himself up. According to official information, 31 soldiers died and 24 others were wounded.

In the province of Ghazni there is regular fighting between the government forces and the radical Islamic Taliban. Sunday’s attack was one of the worst attacks on Afghan security forces in recent months.
In the province of Zabul in southern Afghanistan, an assassin also attacked a regional politician’s convoy with a car loaded with explosives. At least three people died and twelve others were injured. The politician survived the attack with minor wounds.

The attacks are yet another setback for peace efforts in Afghanistan. Although representatives of the government and the Taliban have been holding talks for more than two months and have recently reported progress, the violence in the country has recently increased significantly. The terrorist militia, which calls itself “Islamic State”, repeatedly carries out attacks in Afghanistan.

Asus RoG Phone 5: Gaming phone with a little surprise on...

That’s why all dead women look the same in films

First network suggestion from Laura: Still happy with the Wendler!

Michael Wendler: Bad reckoning! Now he is attacking the Pope