The RKI reported this early on Saturday morning. Last Saturday the number was 22,964. The peak was reached on Friday a week ago (November 20) with 23,648 reported cases. The health authorities also reported 379 new deaths within one day.

The trend in the number of daily deaths had recently gone up, which was also expected after the steep increase in new infections. The total number of people who died with or with a proven Sars-CoV-2 infection rose to a total of 15,965. Since the beginning of the pandemic, the RKI has counted a total of 1,028,089 detected infections with Sars-CoV-2 in Germany (as of November 28, 00:00). It is estimated that around 711,000 people have now recovered.

According to the RKI management report on Friday evening, the so-called seven-day R-value was 0.93 (previous day: 0.90). This means that 100 infected people theoretically infect 93 other people. The value represents the occurrence of the infection 8 to 16 days ago. If the value is below 1 for a longer period of time, the infection rate subsides. 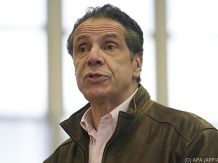 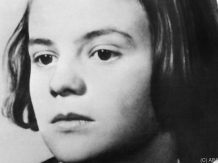 Caritas on 10 years of war in Syria: The extent of the crisis is still enormous

“Bite Incident”: Why the “First Dogs” Champ and Major had to leave the White House

A meadow on the outskirts of Berlin and 30 minutes of...

TUI Cruises via return to Germany and free cancellation

Russia and Germany: Relations are at an all-time low

At the age of 57: TOWIE star Mick Norcross found dead