The culture industry continues to shut down. According to the latest decision made by the Federal Chancellor and the Prime Ministers of the federal states on Wednesday evening, the closure of all cultural institutions will now be extended until December 20th. But what does that mean for the Berlin choirs? We asked Franziska Stoff, General Secretary of the State Music Council.

Ms. Stoff, who does the Landesmusikrat Berlin represent – and has something been lost in the pandemic?

Franziska fabric
We are the umbrella organization for music associations and institutions in Berlin, we represent, for example, the Berlin Choir Association or the Association of Lover’s Orchestras. The Early Music Association, the IG Jazz, the University of the Arts, the Hanns Eisler School of Music and the Academy of the Arts are our members. We represent around 300,000 people in total. Freelance musicians are particularly badly affected by the Corona crisis. Existences break away there. We have to see how this collateral damage can be repaired after the crisis. Most amateur music associations can no longer rehearse and their survival is acutely threatened.

Are the children’s, church or senior choirs more threatened?

It affects all choirs. The moment they no longer come together, social cohesion threatens to break apart. Some try to maintain themselves through online meetings. With the children’s choirs, the long break means that an entire age group no longer grows with them. There is usually a special network in children’s and youth choirs. The older ones already function as a support, the younger ones join in and orientate themselves a bit on them. The model is breaking. When the pandemic is over, many children’s choirs will have to be rebuilt from scratch.

How many choirs are there currently in Berlin and how many will survive?

According to the latest surveys by the choir association, we have around 2000 choirs. Of these, 60 percent stated in our last survey that they could no longer rehearse. Nobody can say how many will survive the crisis. Choirs are a leisure activity and many will reorient themselves. Some choirs continue to rehearse using digital replacement formats. You can use it to rehearse certain things, but you cannot sing together. There is still the problem of latency on the Internet. The attempt to sing together online is musically led to absurdity due to the transmission delay of 250-600 milliseconds. The singers only hear each other shaken.

You are currently dealing with topics such as infection protection regulations and hygiene measures in an online conference. What medical status do you assume for the choirs?

Monday is about the special situation of the children’s and youth choirs and the ventilation options. We want to give the actors the opportunity to listen to the specialists directly and to be able to question them. We already have 200 registrations for the conference and it will also be streamed live on Facebook.

What do the specialists say: is singing still considered particularly dangerous?

The discussion is constantly evolving and we go with any changes. Currently, experts say that the moment a super-spreader is present, it is very difficult to assess the consequences. It is all the more important to keep the distances. Charité professor Dirk Mürbe, who published a study and will also attend a panel on Monday, believes that children’s and youth choirs should have simplified conditions. Apparently choir children emit fewer aerosols than adult singers. There are different expert opinions. We want to discuss the current medical status.

Which hygiene concept does the Landesmusikrat represent?

We actively advise the Senate Department for Culture and Europe and support what is decided. At the moment – i.e. before the lockdown – the distance rule is 1.5 meters, plus special ventilation rules. The Berlin Girls Choir and the Evangelical Singing School in Prenzlauer Berg have already purchased air purification devices. They also lend them to other choirs. With the devices you can – when the lockdown is released again – extend the sample times.

What has annoyed you personally most in previous discussions?

In principle, it annoys me when people don’t try to find solutions together. From my perspective, it is always best when as many people as possible from medicine, administration and practice talk to one another. Because of the rapid changes, it is often hardly possible to include everyone. But that also leads to unclear wording in the regulations where people don’t understand what is meant. This leeway for interpretation leads to uncertainty. Nobody wants to be to blame that a choir member dies of Corona. If a person responsible does not want to take any risks, he interprets the scope with maximum rigor. For example, before the lockdown it was only recommended that children’s choirs sing with a mask. Some officials have been strict about this, and then young children fainted because they couldn’t breathe while singing.

Which way do you suggest?

We have to come to more and more differentiated solutions. The guidelines for how many people were allowed to sing in which room and for how long were very general. There are churches in Berlin where the windows are arranged so magnificently that when opened they allow a natural upward suction flow. Measurements have shown that they are even better than electrical ventilation systems. Rooms have to be classified in a more differentiated manner.

Which aspect was missing in the previous discussions?

We have to discuss the digital replacement formats more intensively. In the chats, it plays a major role whether choir rehearsals are possible online. At least one start-up in Berlin is trying to reduce latency. At least slow movements could be rehearsed with it. It is also about user-friendly approaches that retirees who are tied to their home for various reasons can use. It’s a question of social interaction. People called me who cried because their choir rehearsals were canceled. There is also a lack of perspective.

What topics does the Landesmusikrat want to deal with in the near future?

It’s still about music schools and school music. But we also want to endeavor to eliminate the collateral damage that Corona has already caused in culture. We need a reconstruction plan for amateur culture too. We are calling for a law to promote culture in Berlin.

After the lockdown extension: Berlin coalition calls for quick financial aid from the federal government – Berlin 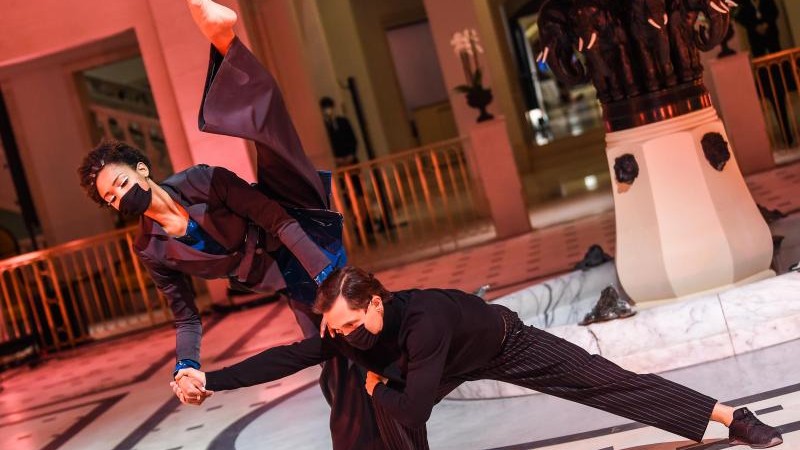 Youssoufa Moukoko against Eintracht Frankfurt in the starting XI? Zorc...