BIn view of the Corona crisis, und-Chancellor Angela Merkel (CDU) has once again called for the wearing of masks and compliance with the distance rules – despite further restrictions in retail due to the new federal and state resolutions. “We must not lull people into a false sense of security,” said the Chancellor on Thursday morning in her government statement in the Bundestag.

“Wearing masks lowers the risk of infection,” said Merkel. As long as it is not a medical FFP3 mask, there is a risk of transmission. “It is a protection, but not a security, you have to say that over and over again,” said the Chancellor.

According to the resolution of the federal and state governments, a tiered procedure is planned for further restrictions in retail. In future, stores with more than 800 square meters of sales area will have 20 instead of ten square meters per customer. Supermarkets and trade associations fear long lines – in which a mask should also apply – in Advent.

“Trend reversal” not yet achieved

With the restrictions in force since November 2, the worst – the excessive demands on the health system – has been prevented. “This is an initial success, but it is not yet a sustainable success,” says Merkel. The “urgently needed trend reversal” in the number of infections has not yet been achieved.

Germany and the pandemic

“It is impossible to imagine where we would be today if we had not been ready and able to make this national effort four weeks ago, when it was literally five to twelve,” said Merkel. The measures in force in November reduced contacts by around 40 percent, and the dramatic exponential growth in the number of infections was halted, stressed Merkel.

“We don’t see what a so-called lockdown actually is and what it actually includes,” said Merkel. “We can count ourselves lucky.” In the neighboring states, however, she sees clearly falling numbers at a “very high speed” – a tip from Merkel, who should show that a hard lockdown also has advantages.

Restrictions foreseeable until at least the beginning of January

It is foreseeable that the current restrictions in most parts of Germany will continue until at least the beginning of January. Merkel also announced that the federal government would try to ban skiing holidays in the Alps by January 10th. In view of the negative attitude of Austria, which is currently one of the EU countries worst affected by the coronavirus, this is difficult.

The Chancellor asked the citizens to be patient. In view of the persistently high number of infections, loosening would “not yet be justifiable”. It is clear to her that the extension of the lockdown measures that has now been decided is leading to “existential fears” for many people. But you could count on further government aid.

“There are certain industries that bear the burden for society as a whole,” said the Chancellor, referring to hotels, restaurants and cultural establishments. Closing them could keep schools, daycare centers and businesses open. It is therefore clear that these sectors must continue to receive financial support – the November state aid will be extended as December aid.

It was “right that the federal government should take billions in hand to mitigate the economic consequences of the pandemic,” said Merkel. However, this is not possible until the end of the month.

“May vaccines arrive before Christmas”

The Chancellor also commented on the vaccination strategy. “It is possible that vaccines will arrive before Christmas,” said Merkel. The cans should first go to the medical and nursing staff.

Merkel affirmed that there should be “no loneliness Christmas” in retirement and nursing homes. It is very important to think not only of your own family during this time, but also of those who have a particularly difficult time.

She pointed out that risk groups should be provided with FFP2 masks. That is 27 million people, said the Chancellor and emphasized: Nobody should pretend that such a number of people can be protected by keeping them out of the public domain. “That won’t work, and I don’t think that’s ethically justifiable either.”

On Wednesday evening, after more than seven hours of negotiations, the federal and state governments agreed on stricter contact restrictions with the exception of the Christmas holidays. The Prime Minister and the Chancellor argued for a long time about the procedure in regions where the number of infections continues to rise, as well as about schools.

Lockdown annoyance: “Locks can be short and startups are good” – politics

Before Biden’s inauguration: The uprising continues

Positive industry news: NEL & Co: This is happening on the...

Only five flu cases reported in Berlin since October! –... 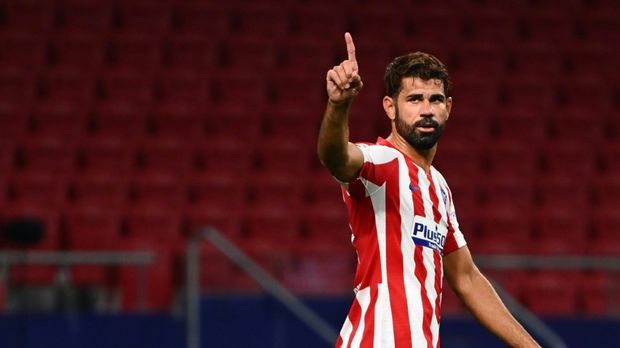