In the series “The Chancellor in Conversation” Angela Merkel exchanges ideas with social groups. Now she speaks to the police – and answers her questions.

In the four-part video format of the Federal Government “The Chancellor in Conversation”, Chancellor Angela Merkel (CDU) enters into dialogue with various groups in society. This time she speaks to police officers about their concerns and expectations of politics. The consequences of the corona pandemic for the work of the police should also be an issue.

In the conversation, Merkel warned that there could be a third corona wave in winter if the citizens were not careful. “We will still have to be very, very careful in winter,” said Merkel in a public dialogue with the police. In the opinion of the Chancellor, in addition to medical staff and particularly vulnerable people, the police are also among the groups that should be vaccinated at an early stage. You also have to maintain the infrastructure, but the exact priorities are still being determined, she says in a citizens’ dialogue with police officers. In the conversation, police officers are calling for more corona tests because they are more often exposed to situations in which no minimum distance can be maintained.

The fourth part will be a conversation with students

So far, Angela Merkel has already discussed current challenges and problems with those in need of care and caring relatives. She also spoke to trainees to find out how they experienced the past months of the pandemic. The Chancellor also wants to speak to students in this format.

The Chancellor’s Citizens’ Dialogues have a long tradition. As a direct exchange at events is no longer possible due to the coronavirus, she launched the virtual meeting.

The conversation takes place in an online video conference. Follow the discussion live in the video above.

CDU – Annegret Kramp-Karrenbauer: The new freedom of the AKK

Is Germany better than the others?

For the first time since October less ventilated corona patients

The ice channel as a world of experience | DiePresse.com

Lockdown is to be extended to January 31st 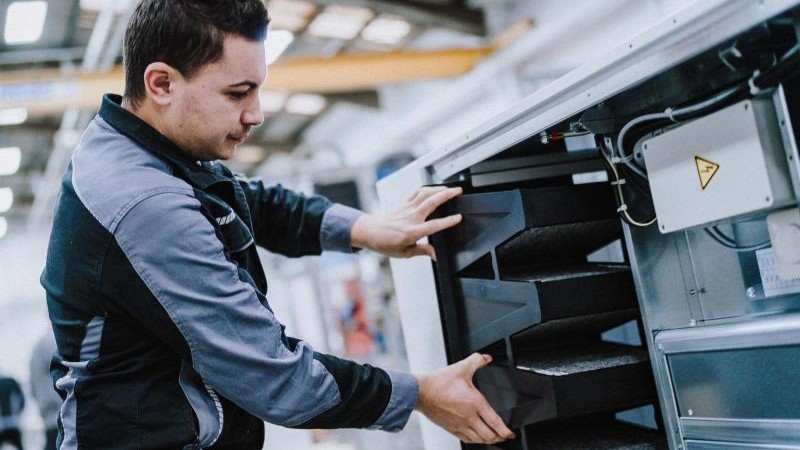 Vaccine for MHH and university hospitals comes on Wednesday | ...

Donald Trump wants to ban further Chinese apps in the US