In a few weeks, Bachelorette Melissa Damilia will give her dream man the last rose. But now two ex-candidates dare a gloomy final prognosis.

Crete in Greece – The waiting is going to end soon! Four of the former 20 RTL candidates fight for family home dates and romantic dream dates to move into Finale at “Die Bachelorette” (RTL) on Wednesday, December 9th.

Who gets the all-important in the end Rose from Bachelorette Melissa Damilia (25) presented and can look forward to a promising future with her as a new one RTL-Couple start? Despite all the romance, the first voices are now being voiced that believe that Melissa Damilia in Bachelor’s footsteps Sebastian Preuss (30) and the dating show on Crete is left as a lonely single lady. nordbuzz.de has the details.

The Bachelorette 2020 (RTL): Fight for a place in the rose finals – who makes the race?

For Melissa Damilia it didn’t work out on “Love Island” (RTL2) with the search for her dream man and the liaison with Pietro Lombardi (28) was more or less in the sand. Now she dares another attempt at “The Bachelorette” and has been looking for the sunny Greek island since the beginning of October Crete the very big love.

At the moment four of the 20 rose boys are still fighting for the favor of Melissa Damilia: Macho Greek Ioannis Amanatidis (30), Austrian Daniel Häusle (24), the unemployed Moritz Breuninger (31) and chick Leander Sacher (22). The tension is within one’s grasp, because the big one moves every second Rosen-Finale the current Bachelorette season on RTL on Wednesday, December 9th, closer and closer. But who can do the homedates, the Corona-related not in the home of the boys, and the dreamdates in Greece score which one Rosenboy pulls into Finale and receives the last coveted flower from Bachelorette Melissa?

Or, in the end, Melissa Damilia won’t be named for any of them Rosenboys decide and fly back home as a lonely single lady? Two of those already eliminated Bachelorette candidates at least have a dark one Suspicion.

Acrobat was opposite Promiflash Christian Möller (33) a cautious, if unequivocal Final Forecast from: “I can very well imagine that Daniel H. the last Rose gets. But somehow I also have a feeling that maybe there could be a completely different ending. One that we all don’t expect. “

And also the retired Daniel Gielniak (28), who at Melissa Damilia scored points with humorous sayings, agreed with the previous speaker: “I’m curious to see who she will decide on in the end – or whether she may not choose any. Somehow I could imagine that too. ”Another hint that the youngest Bachelorette in the RTL story could still be single even after the season finale, she gave herself on her Instagram-Account. Celebrated on November 11, 2020 Melissa Damilia with around 470,000 followers the Singles Day – without a man by your side.

The Bachelorette 2020 (RTL): Is Melissa Damilia following in the footsteps of Sebastian Preuss?

Should this be the case and Melissa Damilia really decides neither for Ioannis still for Leander or Daniel (Warning, spoiler alert! These three boys don’t just dust one of the coveted ones Dreamdates from, but move directly into the RTL semi-finals), then she is at least not the first in the RTL dating show history.

We remember: on a large scale Rosen-Finale the tenth Bachelorette season decided Sebastian Preuss neither for Wioleta Psiuk (29) nor Diana Kaloev and left the RTL dating show as a lonely single.

We feverish the big one Rose finals on Wednesday, December 9th, at 8:15 p.m. on RTL in any case, and we are really excited to see who Bachelorette Melissa Damilia will choose, or whether she will leave the sunny Greek island without her Mr. Right. If Christian Möller and Daniel Gielniak’s prognoses for the final come true, there will be at least a lot of broken hearts and plenty of need for discussion at the Bachelorette reunion with Frauke Ludowig.

His successor to RTL is a “big one for Sylvie Meis

WHO experts in Wuhan – Difficult search for the origin of...

Feller “more than satisfied” with the season – summer break at...

No long-haul flight without a corona vaccination or negative test 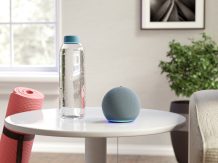 Echo and more reduced: The Easter bargains at Amazon