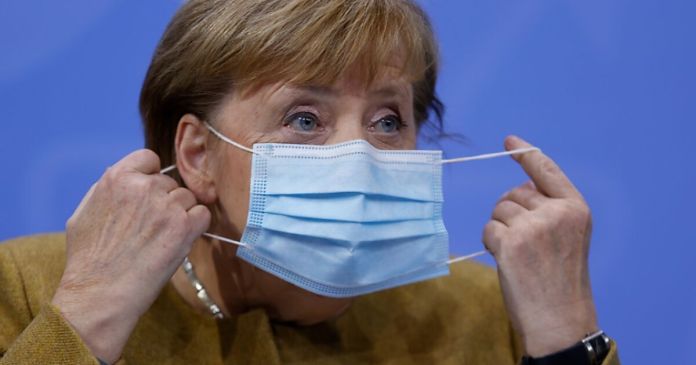 Merkel also called for a further “great effort” in order to bring the continued high number of corona infections under control again. “It depends on each and every one of them,” said the Chancellor. The partial lockdown that began in November with the closings of numerous facilities broke the sharp rise in new infections, but these are still on a high plateau.

The contact restrictions would have to be tightened again – with a limitation of meetings to a maximum of five people from two households. According to human judgment, this will have to apply until the beginning of January. But Christmas should be able to be celebrated – in the closest family and friends with a maximum of ten people, not including children up to 14 years. Schleswig-Holstein adheres to its own contact regulations.

There should be uniform rules for students who have been infected with Corona and their classmates. Merkel and the prime ministers of the federal states agreed at their video conference that pupils who tested positive would be immediately sent to a five-day quarantine together with their classmates – usually the school class. The days on the weekend count. As the joint decision paper further says, the affected students should then take a quick test after five days of quarantine. Anyone who is negative can go back to school. Those who are positive should be tested again every three days until the test is negative.

According to the decision, teachers should not be included in this “cluster isolation” because of the “temporary and differently structured contact”. It remains to be seen, however, whether there are enough rapid tests for such a procedure. The resolution only says: “The federal government will continue to secure the largest possible contingent of rapid antigen tests for Germany and also support the development of domestic production capacities.”

This Thursday, Merkel wants to face another debate on the corona crisis in the Bundestag. According to the Robert Koch Institute, the number of reported corona deaths within 24 hours rose to a high of 410 on Wednesday morning. The number of new corona infections reported within 24 hours was 18,633.

After package bombs on Lidl and Hipp: police arrest 66-year-olds

CoV patient: “You have to learn to walk again”

Alain Berset looks back on the corona crisis in his book