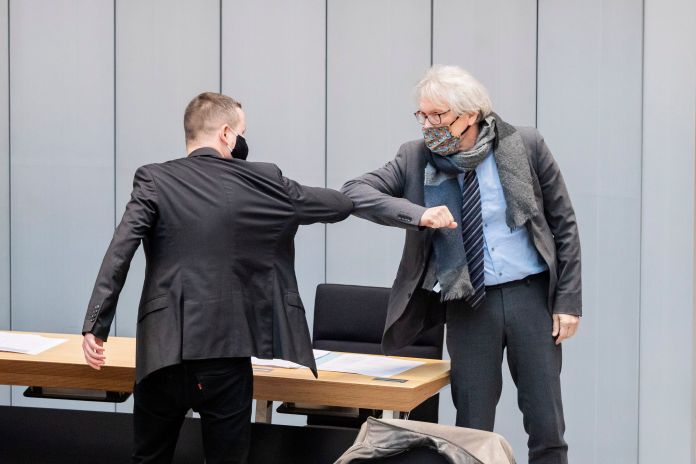 BerlinThe red-red-green coalition in Berlin wants to take on further debts in order to contain the economic and social consequences of the corona pandemic. The group leaders announced on Thursday that they had agreed to increase the supplementary budget by 500 million euros. The second lockdown made it necessary to provide further funds. So far, Red-Red-Green had planned additional spending of 6.6 billion euros, including for emergency aid to companies.

Internally, the coalition partners had fought hard beforehand to determine the extent to which they would make use of the current budgetary emergency, which releases the federal and state governments from the debt brake. They are only allowed to take out new loans because of the pandemic. Condition: the parliaments must decide on a repayment plan together with the new debt.

Several other federal states have made very generous use of these rules. The black-yellow coalition in North Rhine-Westphalia decided to pay off the debt over a period of 50 years – Berlin only takes a little more than half as much time for this. Saxony, Bavaria and Hesse – all CDU-led – have set up investment funds to bridge the lull after the immediate Corona crisis.

In Berlin, on the other hand, the coalition has opted for a relatively cautious line. Social Democrats and Greens pushed this line through against the left, which had argued for higher borrowing. “We will have billions in tax losses by 2024,” said her budgetary politician Steffen Zillich of the Berliner Zeitung. “And we are still a long way from clearing the investment backlog.”

The FDP budget politician Sibylle Meister criticized the additional new debt. The supplementary budget still contains sufficient reserves, she said. IHK managing director Jan Eder accused the coalition of clientele politics. For example, 100 million euros are earmarked for districts to purchase apartments in the course of pre-sale. The coalition intends to use this instrument to curb rent increases.

Will 2020 be the warmest year in Germany ever?

Johnson & Johnson applies for vaccine approval in the EU –...

Mario Gomez and Carina are now parents to twins

My friend, the tree – BZ Berlin dies from it