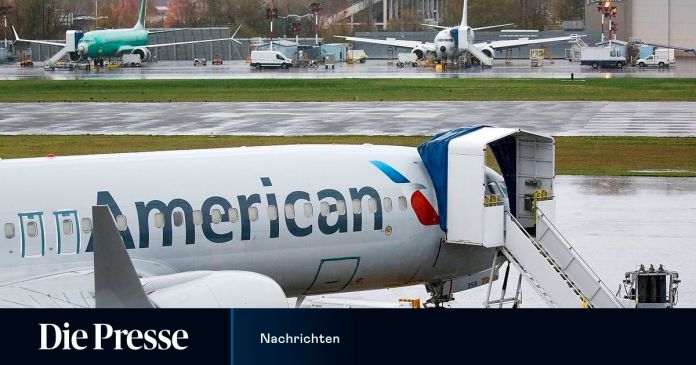 The public can initially comment on the report published by the European aviation authority EASA for another four weeks. The Boeing model stayed on the ground for almost two years after two accidents.

After the re-admission of the aviator Boeing 737 Max in the USA is about to end the start ban in Europe. The European aviation regulator EASA announced on Tuesday in Cologne that the aircraft type is planned to take off again in a few weeks. First, however, the public can comment on the airworthiness directive for the jet published by EASA for four weeks.

According to the information, the final version is expected from mid-January. After numerous changes to hardware and software and additional training for the pilots, the jets should be allowed to take off again in Europe – more than 22 months after the start of the flight ban.

Two crashes in May

The 737 Max series was taken out of service in March 2019 after two crashes with a total of 346 deaths. The main cause of the accidents was considered to be a faulty control program. Boeing actually wanted to fix the problems after the first crash. But there were repeated shortcomings, so that it ultimately took around 20 months until the US aviation authority FAA lifted the flight ban for the USA last week.

EASA had cooperated with the FAA on parts of the reauthorisation process, but wanted to make an independent decision based on its own knowledge. “I am confident that we have turned every stone in the examination of the aircraft with its changes,” said EASA chief Patrick Ky. “Every time it seemed that problems were resolved, we digged deeper and asked more questions.” The thorough examination gives EASA confidence that the aircraft can now fly safely.

Storm of love: series end after 19 seasons? That could...

The hottest offers on Wednesday!

Meghan and Harry: 90-minute interview with Oprah Winfrey – Now there...