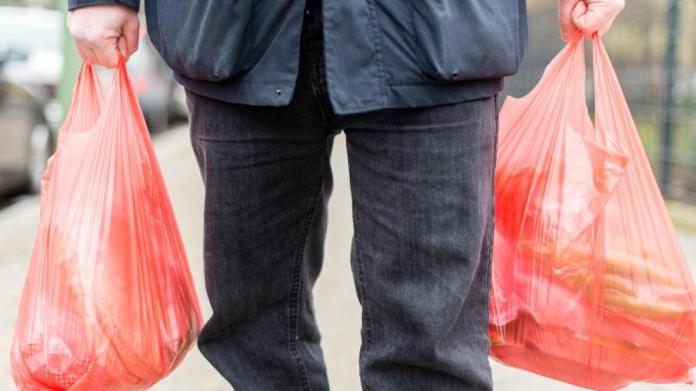 The Union, the SPD and the Greens voted in the Bundestag for a plastic bag ban. The law is to apply from January 2022. Deutsche Umwelthilfe expressed criticism despite the initiative. The WWF is also skeptical.

Dhe Bundestag passed a ban on light plastic bags on Thursday evening. The CDU / CSU, the SPD and the Greens voted in favor of the grand coalition’s draft for a first law amending the Packaging Act. The left abstained, the FDP and AfD voted against. With the new regulation, the federal government wants to further reduce the consumption of bags, which had already decreased significantly in 2016 after a voluntary agreement between the Ministry of the Environment and the German Trade Association came into force.

The ban should apply to plastic bags with a wall thickness of 15 to 50 micrometers. This does not apply to certain very light plastic carrier bags, which are mainly used by consumers in retail for the transport of loose fruit and vegetables. Environment Minister Svenja Schulze (SPD) had argued in the past that a ban on these “shirt bags” would lead to an increased use of more expensive packaging. At the same time, she campaigned among consumers for an increased use of reusable bags made of plastic or polyester.

On Wednesday, the Bundestag’s Environment Committee, with the votes of the coalition factions, adopted an amendment from the CDU / CSU and SPD parliamentary groups, which provides for an extension of the transition period to January 1, 2022. This should make it easier for retailers to use up their existing stocks of plastic bags. Originally only a transition period of six months was planned.

The German Environmental Aid (DUH) criticized that this unnecessarily elongated the end of the plastic bag. For another year, every minute 3700 disposable plastic bags were generated as waste, which often ends up in the environment.

The environmental protection organization WWF warned on Thursday that it was basically right to produce less single-use plastic and put it into circulation. However, plastic bags only make up about one percent of German plastic consumption – it is therefore particularly important to promote reusable alternatives.

The environmental policy spokeswoman for the Greens, Bettina Hoffmann, called for “a consistent waste prevention policy and a real reusable strategy”. This must include binding avoidance targets for packaging waste as well as a legal priority for reusable. In doing so, “we must also think beyond the beverage sector”. Such solutions are also needed for shipping packaging and food packaging.

Webasto boss Engelmann on the first corona case in Germany

Press conference on the coronavirus – “We will not receive the...

Corona: Incidence value in Nuremberg rises to almost 130 – from...

Game for KW2 invites you to space battles