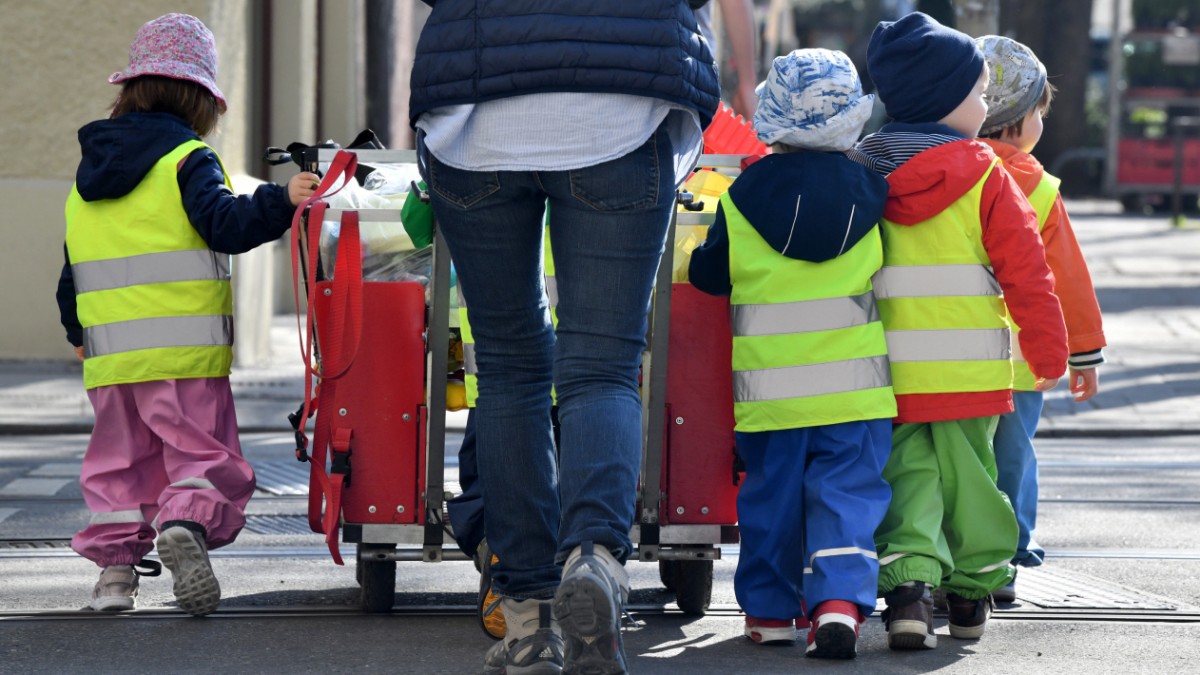 The day-care center staff in Germany is exposed to a high level of stress compared to other countries. This was the result of the second part of the “Talis Starting Strong” study by the Organization for Economic Cooperation and Development (OECD), which was presented on Monday.

Daycare staff were surveyed in a total of nine countries, in addition to Germany also in Denmark, Norway, Iceland, Turkey, Israel, Chile, South Korea and Japan. But it is not just the shortage of staff that is worrying. The training of daycare staff in Germany is also criticized. Educators often feel that they are not sufficiently prepared for digital learning with toddlers and preschoolers.

More than 3,000 skilled workers in around 500 institutions in Germany took part in the study, which aims to improve the quality of education and upbringing in day-care centers. They answered questions about their education, training and further education, about working conditions and well-being, about management in daycare centers and what they can do to ensure equal opportunities for daycare children. The data was collected in 2018, i.e. before the corona pandemic.

Educators in Germany do not feel valued

When the study was presented, representatives of the OECD, the Federal Ministry of Family Affairs and the German Youth Institute (DJI) agreed that the corona pandemic had only made many people aware of the importance of daycare centers for the compatibility of family and work. According to OECD Education Director Andreas Schleicher, the pandemic has increased the appreciation that society has for daycare staff.

Juliane Seifert, State Secretary in the Ministry of Family Affairs, called the study “an important indicator of how we can attract skilled workers and keep them in their jobs”. Sufficient staff is the basis that children can be cared for in good quality.

Basically, the study found that, with the training of its daycare workers, Germany is one of the best countries to take part in “Talis Starting Strong” thanks to its “solid focus on pre-vocational education”. Nevertheless, daycare workers do not feel adequately prepared for all the challenges of their daily work. This is particularly noticeable when working with children from disadvantaged families or when using digital media to promote learning. Only around ten percent of the educational workers in daycare centers are adequately equipped for this.

Bernhard Kalicki, head of the Children and Childcare Department at the DJI, which carried out the OECD study, called the lack of preparation for work with disadvantaged children a “terrifying” finding. Not only pedagogical concepts are necessary, but also increased support and stabilization of the parents.

Overall, the daycare staff in all countries is very satisfied with their job. Just as unanimously, however, the daycare workers in all countries rate their salary as too low. It is noticeable, however, that in Germany skilled workers also feel relatively little valued by society. In addition, the lack of staff makes them weary. One consequence of this is that in Germany, compared to other countries, the percentage of those daycare workers who consider giving up their own job because of health problems is very high. This is the reason given by a quarter of daycare workers who toy with the idea of ​​finding other ways to orient themselves. According to the study, this could indicate a possible risk of burnout.

“Stress at work arises from the imbalance between work demands, the resources available to meet those demands and the recognition of one’s efforts,” the study says. In Germany, skilled workers would often come under pressure because of “additional tasks due to staff absences”, “too many children in the groups” and “insufficient resources”.

The OECD appended extensive policy recommendations to its study. From their point of view, further training should be offered within the day care center in order to facilitate “informal, cooperative learning”. In general, further and advanced training should be adapted to the various career levels and investments should be made in new models of management development. Around 40 percent of the daycare managers in Germany stated that they were not adequately prepared for their management position.

In addition, a warning is given to improve the status and recognition of the daycare staff “by ensuring that the salaries of the specialists are in line with their tasks”.

Chaos among logistics companies and dealers in the UK & EU

The big VR update is here

Police break up Corona party – guests jump out of the...