The elected US President Biden already relies on companions in his government team. Now there are old friends in his business team. The idea behind it is clear.
According to newspaper reports, President-elect Joe Biden relies on old companions from his time as Vice-President during the Obama administration for his economic team. Brian Deese, who was already an advisor to the White House during former President Barack Obama, is to become chairman of the National Economic Council, the New York Times reported, citing three people familiar with the matter. For the deputy post in the Treasury Department under Janet Yellen, Biden is considering Wally Adeyemo, also a senior economic advisor to Obama, reports the Wall Street Journal.

Adeyemo is currently President of the Obama Foundation. Neera Tanden is also being discussed as director of the Office of Management and Budget. Before Tanden took over the helm of the Center for American Progress, she was a health advisor to the Obama administration and also part of the 2016 campaign team for Democrat Hillary Clinton.

Economist Cecilia Rouse is to be appointed chairman of the Council of Economic Advisers, the WSJ reported on. Rouse, an economist at Princeton University, was previously part of Obama’s economic adviser. Biden holds many key positions in his government with women: he introduced his communications team on Sunday. For the first time in the history of the White House, it consists entirely of women.

The economists Jared Bernstein and Heather Boushey should strengthen Biden’s team according to the “Wall Street Journal”. Bernstein is considered one of Biden’s closest confidants, who was already his main economic advisor in the fight against the 2009 recession during Biden’s time as Obama’s vice-president. Boushey previously worked with the Biden team as an unofficial economic advisor as the executive director and co-founder of the Washington Center for Equitable Growth think tank.

Just like Obama in 2009, Biden will face the challenges of a weak economy. It is therefore expected that the health and economic consequences of the coronavirus pandemic will initially be on Biden’s economic agenda. 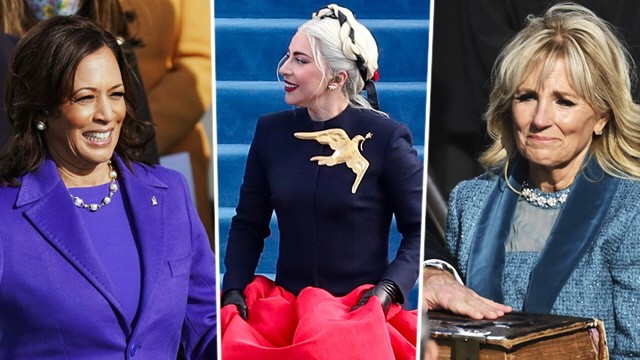 How the Parler platform is rushed in Germany

Crisis year due to Corona: economy collapses by five percent

Spike Lee’s children will be Golden Globe Ambassadors in 2021

Weather report for January 11th, 2021: Permafrost, some sun and slippery...