Stuttgart (dpa / lsw) – The CDU candidate Frank Nopper has won the mayoral election in Stuttgart. The 59-year-old received 42.3 percent of the votes in the second ballot on Sunday, as the city of Stuttgart announced. He succeeds the Green politician Fritz Kuhn, who no longer wanted to run for election. Nopper’s strongest competitor, Marian Schreier, won 36.9 percent of the vote – a respectable success for the 30-year-old, who entered the race as an independent candidate.

After his victory, Nopper emphasized that he wanted to be a “mayor for everyone”. He announced on the local broadcaster Stuggi.TV that he wanted to speed up and reduce bureaucracy in administrative procedures. He also wants to promote renovations and digitization at the Stuttgart schools. Nopper spoke of an “hour of departure to a Stuttgart that no longer remains below its possibilities”. “Stuttgart should shine more in the region, in Germany and in Europe.”

There are no classic runoff elections for mayor elections in Baden-Württemberg. If none of the candidates receives an absolute majority of the votes in a first election, the candidate who receives the most votes wins an open second vote. A total of 450,000 eligible voters were able to vote. The turnout was 44.7 percent.

Up until now, Stuttgart was considered a city with a strong green electorate, the Greens make up the largest parliamentary group in the local council, the district president belongs to the party and all four direct mandates for the state parliament in the city went to the Greens. The Green Party candidate was no longer on the ballot in the second ballot: After a disappointing performance in the first round and failed talks with the other applicants from the center-left camp, the representative of the eco-party, Veronika Kienzle, had hers Candidacy withdrawn.

“The CDU can also do big cities – we showed that today,” emphasized the CDU state chairman Thomas Strobl. Frank Nopper will get more out of the city. “Frank Nopper will make our state capital Stuttgart shine again,” said the CDU top candidate for the state elections in 2021, Susanne Eisenmann.

Nopper had already clearly won the first run three weeks ago. The Lord Mayor of Backnang was considered the favorite to succeed Kuhn, who became the first green Lord Mayor of a state capital and who retires after eight years at the top of the town hall. The outgoing mayor congratulated his successor. Kuhn (65) wished the CDU politician every success at a reception in the town hall and that he could implement what he had set out to do. “You will get a perfect transition,” assured Kuhn Nopper.

Schreier also congratulated the election winner. He wished Nopper all the best in shaping the city, said the 30-year-old at Stuggi.TV. He was happy to catch up. His result shows that politics can be done outside of the deadlocked structures and independently of the support of a party.

Stuttgart’s city councilor Hannes Rockenbauch (40) from the SÖS / Linke parliamentary group came third with 17.8 percent. He announced that he wanted to put pressure on the new mayor in the local council. Together with the Greens and the SPD, he wants to lay the foundations for Nopper to have to address issues such as affordable rents, climate change and the traffic turnaround, said Rockenbauch at Stuggi.TV. “Then we can – I think – tell Frank Nopper where to go.”

From the point of view of communication scientist Frank Brettschneider from the University of Hohenheim, the new Stuttgart mayor is facing tough negotiations in the local council. “It will not be easy for him,” said Brettschneider of the German press agency. Nopper did not achieve a brilliant election result. The eco-social camp in the local council has a majority. Nopper must try to organize majorities. It is also unclear whether the eco-social camp will stick together again or whether the rift from the election campaign will continue, said Brettschneider.

After the first ballot, Rockenbauch, Kienzle and Schreier had tried to forge an alliance in the center-left camp with a single candidate for the second election. However, they could not agree on a common candidate. Kienzle withdrew and the two men started again. Rockenbauch emphasized again on Sunday that he would have been a joint candidate for Kienzle. From his point of view, the result shows that candidates who address what science is calling for are considered too radical and inconclusive, he said with regard to climate policy.

Corona pandemic: what the lockdown is changing in refugee accommodation – Stuttgart

Weather in Stuttgart: Strong gusts and rain – it will be uncomfortable in the state capital – Stuttgart 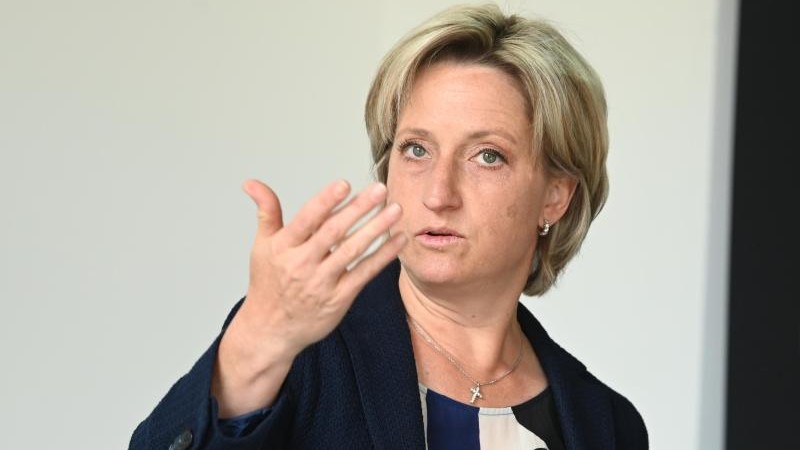 Who steals the show from me ?: Elyas M’Barek embarrasses himself...

More new cases than ever reported