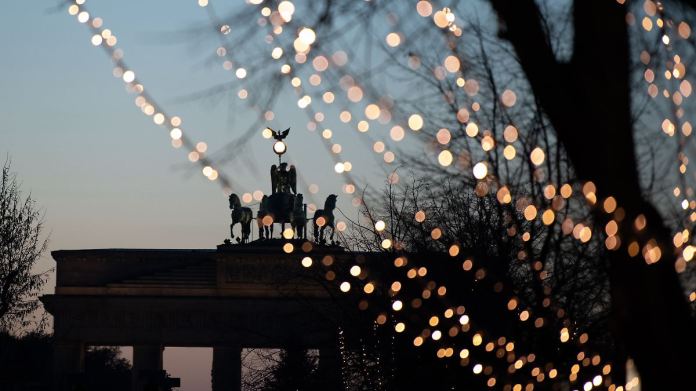 The next federal and state corona summit is imminent. Before the meeting with Chancellor Merkel, the 16 prime ministers will update their draft resolution again. Shops are allowed to let in fewer customers and there is more distance when traveling by train. Resolutions are planned for tomorrow.
One day before the decisive federal-state round on corona measures, the federal and state governments presented a new package of measures. According to a paper available to ntv.de, the head of the Federal Chancellery and the heads of the state chancellery agreed that there should be requirements for the retail trade again in the future. In addition, the paper emphasizes that further restrictions are also expected for restaurants and hotels in January.

The paper builds on the resolution of the 16 prime ministers on Monday evening, which Chancellor Angela Merkel praised as a “good template” at the Union parliamentary group meeting. The prime ministers and then Merkel’s bosses still have to approve the latest proposals from the state chancellery on Wednesday. Merkel will make a government statement in the Bundestag on Thursday.

The federal states have already agreed that the closings of restaurants, leisure and cultural facilities should be extended until December 20. Under pressure from the federal government, a passage was deleted in the deliberations of the state chancelleries that perhaps it should be possible to open the cultural area earlier if the number of new infections drops. But there should still be regional differentiation. For example, Schleswig-Holstein and Mecklenburg-Western Pomerania insisted that, given the low and already declining number of corona infections, they could open restaurants earlier.

More distance in the Christmas business

Retail should remain open. In order to avoid overcrowding during the Christmas business, the number of people should be limited to one customer per 25 square meters in shops at the request of the federal government. A similar regulation already existed in spring during the first corona wave. The contact rules are now to be tightened, but will be temporarily relaxed from December 23 to January 1.

The contact rules are now to be tightened, but temporarily relaxed from December 23 to January 1. During this time, with a view to Christmas, “meetings of a household with non-household family members or non-household persons up to a maximum of ten people in total” should be allowed. Children up to 14 years are excluded. Otherwise the contacts should be reduced to two households and five people. In the case of cold symptoms before Christmas, a more generous test option should also be offered.

According to the Prime Minister and the federal government, there should be no general fireworks ban, but no public fireworks, in order to avoid mass gatherings on New Year’s Eve. Deutsche Bahn is to significantly expand its space and only reserve window seats in winter in order to avoid too many passengers.

The country draft provides for these measures in detail: After the death of the nuclear mullah – Iran threatens Trump...

Mulled wine and food are missing

ARD: Mega quota, but a lot of criticism – the first...

Deutsche Bahn wants to spend a record amount on the rail...

Ban on visits to the Lucerne Cantonal Hospital and the Hirslanden...