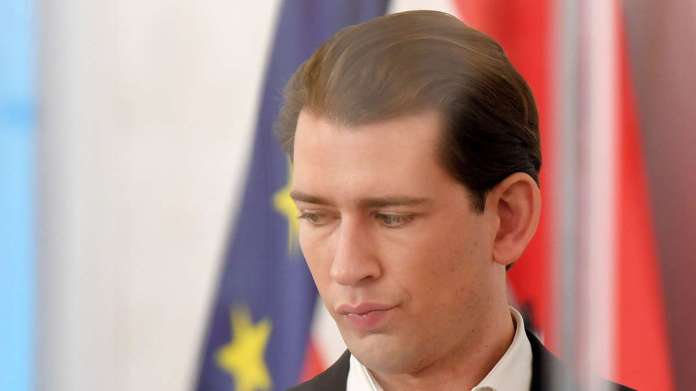 Austria is in a tough lockdown. With strict exit restrictions, the country wants to reduce the number of new corona infections. There are successes, but Austria’s Chancellor Sebastian Kurz remains cautious.

Update from November 29th, 3:35 p.m.: In Vienna, the corona mass tests will begin on December 4th – two days later than planned. Preparations are in full swing. The
The professional fire brigade has set up three larger test centers. 150,000 corona tests are to be carried out there every day.

Vienna – Die New corona infections are high in Austria – still too high. Despite curfew and closed shops. The current Lockdown is planned until December 6th, then it should finally be eased. Austria’s Chancellor Sebastian Kurz However, it slows down expectations for the time after that.

“We’ll be with more after December 7th massive restrictions have to live, ”says Kurz in an interview with the Small newspaper in the Sunday edition. “We will certainly not be able to take any hasty opening steps,” said Austria’s Chancellor. He has always pleaded for a cautious approach, some interpreted it as scary.

The Austrian government wants to present the easing for December on Wednesday (December 2nd). Schools and retail should open. However, the infection numbers have to be right. “The higher the number of infections, the more difficult it will be to take opening steps,” Kurz explains in an interview. With Corona-Massentests Austria wants to create more security.

In the coming week these will start in Salzburg. Some federal states have brought the date forward. Also the Capital Vienna is preparing to test 150,000 Viennese daily for the corona virus. “The Covid mass test should be carried out in twelve days,” said Vienna City Councilor for Health Peter Hacker. A mammoth task for the city with around 1.9 million inhabitants. Antigen tests * are used for the mass tests. If a test is positive, a PCR test is used to check it.

“The higher the number of infections, the more difficult it will be …”

One third lockdown must be prevented as much as possible, says Kurz. The planned corona mass tests could be a great opportunity to localize the infection process and prevent new infections, he emphasizes. It is initially unclear which further massive restrictions the population will have to adjust to. Austrian media speak of a kind of “mid-lockdown” that shouldn’t be soft, but not really hard either.

Despite the new infections, Chancellor Kurz still seems convinced that the corona pandemic will end. “I said in August that we can get back to normal by next summer. I’ll stick with it, ”Kurz clarifies again in an interview.

In Austria, 4,047 new corona infections and 87 further deaths have been reported in the past 24 hours, the Ministry of Health and the Ministry of the Interior announced (as of November 29, 9:30 a.m.).

The Council of Ministers wants to adopt the new corona rules in Austria next Wednesday. Until then there will probably still be some discussions. Something is likely to change in trade and business. Schools should probably return to face-to-face teaching. When it comes to skiing, there is said to be a secret government plan before Christmas. (ml) * Merkur.de is part of the Ippen-Digital network

Pandemic in Germany: More than 1000 deaths reported in one day

Turkey extends Fraport concession for Antalya until the end of 2026...

Burger King proudly shows its “new” logo – and the network...

Experts expect the bubble to burst soon – discrepancy between market...