How the corona virus is spreading in Germany can be seen on the Covid-19 dashboard of the Robert Koch Institute (RKI). In addition to many red and dark red spots, a pink one now appears.

Berlin – The Corona case numbers in Germany continue to attract. Hotspots are color-coded on the Covid-19 map of the Robert Koch Institute (RKI). Dark red was considered the highest corona alert level. Well there are Pink alert.

A mistake or a bad joke? Not at all. The color scale to represent the dynamic infection process is no longer sufficient. In a district in Thuringia the numbers are exploding. The incidence has broken the 600s barrier. Dark red alert has evidently been exceeded to such an extent that the RKI has now changed its color to the Corona dashboard used: Pink.

The Hildburghausen district (Thuringia) has one nationwide Maximum value achieved in the Corona * case numbers. The 7-day incidence at 602.9, reports the RKI (data status: November 26th, midnight). For the first time More than 600 new infections per 100,000 inhabitants were registered in Germany in the past seven days.

Already at the beginning of the week this had extreme course signed. On Monday, the 7-day incidence in the Hildburghausen district was 396 – it was not higher in any other district in Germany. The district administrator warned that the 500 mark would soon be exceeded. Schools and daycare centers have been closed since Wednesday, it applies Exit restrictions. For example, around 63,000 residents are only allowed to stay outside their home or their own property for “valid reasons”. The Corona rules should initially be in force until December 13th. Hundreds of people protested against the new rules on Wednesday evening.

The Hildburghausen district currently leads the List of hotspots at. The City of Passau (Bavaria) is currently in second place. The RKI has published a list of the hotspots in Germany in the current management report (November 25). In the meantime, the values ​​have already changed again with the latest data. In some cities and counties the value is recovering, in others it has increased. New: the District of Zwickau (Saxony) appears for the first time in the RKI management report. You can find an overview of the location here.

The 7-day incidence at 140 cases per 100,000 population, announced the RKI on Thursday morning. In Germany, 22,268 new corona infections and 389 deaths were reported within 24 hours. Chancellor Angela Merkel announced on Thursday which Corona measures should apply in December. In the following Bundestag debate on the resolutions, there was also criticism. (Ml) * Merkur.de is part of the Ippen-Digital-Netzwerks

Nominations for the Grand Prize Night: Quo vadis, Aida? To...

Explosion in Nashville, Tennessee: “This vehicle will explode in 15 minutes”

So people live with a corona incidence of more than 1,000 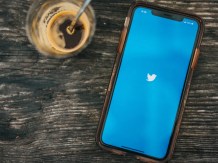 Ex-Queen spokesman Dickie Arbiter on the scandal interview: “The palace has...