The State Office for Health in Erlangen reported 3,040 confirmed new infections in Bavaria in the last 24 hours. This has increased the number of cases since the pandemic began to 205,410. With 21 deaths during the day, the number has risen to 3,785. 143,460 people are considered recovered.

The city and district of Passau, the district of Regen and the city of Nuremberg currently have a 7-day incidence of over 300. From this value – as in Passau – stricter rules such as exit restrictions are possible.

Consultations on Monday in Nuremberg

Even in the second largest Bavarian city of Nuremberg, the number of new infections per 100,000 inhabitants has been 307.31 since Sunday, above the value of 300, from which stricter measures are possible. What the exceedance actually means is still unclear.

According to a report, the city is still waiting for a new regulation from the state government. A city spokesman told the portal “nordbayern.de” that new measures should be discussed on Monday.

High numbers in the city and district of Passau

In Passau, the number of new corona infections has risen significantly again – according to the State Office for Health (LGL) to an incidence value of 537.85 new infections per 100,000 inhabitants in seven days.

Mayor Jürgen Dupper (SPD) announced exit restrictions on Friday after the incidence value had risen to almost 440 new infections. According to the OB, the measures could be relaxed at the earliest when the number of infections drops to an incidence of 300.

According to their own statements, the police are on duty with several patrol crews to check compliance with the rules. The balance was positive on Sunday. People stuck to the guidelines, said a spokesman. 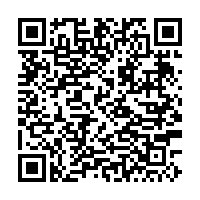 “Today is a crucial day”

Advice from “Women help women” despite the pandemic

Coronavirus mutation from England in Germany since November