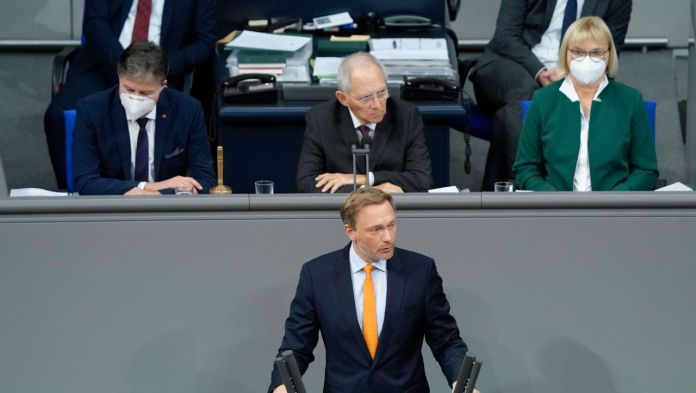 The opposition parties in the Bundestag have criticized the strategy of the federal government in the federal states to fight the corona crisis before Christmas in parts and found it to be correct in parts.

FDP leader Christian Lindner said in the Bundestag after Chancellor Angela Merkel’s government statement that “the social and economic costs of fighting a pandemic are exploding, at least that is not a sustainable long-term strategy.” that the restrictions could last longer.

Lindner also criticized the resolutions of the federal and state governments, for example on stricter requirements for larger retail stores. Instead, it must be considered whether a “protective screen” is needed for people who are particularly at risk, because that is where the serious disease progresses. On the other hand, more social and cultural life would then be possible. The “November breakwater” had become a “December standstill”.

Bartsch again criticized the procedure of the federal-state rounds. He complained that the Bundestag was allowed to debate it a bit afterwards. Merkel does not have to make her statements in parliament after, but before such meetings with the prime minister. “I urge you to explain here what your approach is before the next round. In the event of severe restrictions on fundamental rights, the Bundestag must decide, no matter how annoying you are. “

Green parliamentary group leader Anton Hofreiter welcomed the federal-state resolutions and partial tightening of the measures. That was “correct,” he said. However, he was “more careful whether the measures are sufficient,” added Hofreiter. In any case, they are “the least that is necessary” and must also be consistently enforced.

The adopted restrictions are “an imposition for the citizens in their everyday life,” admitted Hofreiter at the same time. For the sectors particularly affected, such as gastronomy, tourism and leisure, the conditions are tough. But they are necessary and “fairly mild” compared to countries like France or Italy.
Hofreiter criticized the federal and state governments for the fact that the resolutions passed on Wednesday only last until the beginning of January. Driving is far too much “on sight” and there is “far too little predictability and foresight”.

He agreed with Union parliamentary group leader Ralph Brinkhaus (CDU), who in his speech had criticized the “bit by bit” approach of the Bund-Länder-Round and called for a longer-term strategy. “Then we’ll decide it here in Parliament,” said Hofreiter. “We offer you that.”

The race for the CDU chairmanship is coming to a head

Frankfurt: Man captured by the subway – passer-by saves his life

The top match between RB Leipzig and FC Bayern is on...

Letter from an eleven year old touches Lewis Hamilton: “Save my...

AstraZeneca vaccination – what is Switzerland doing? 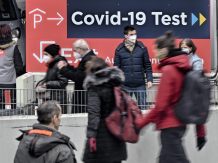 Criticism of corona mass tests as a precondition for loosening lockdowns...