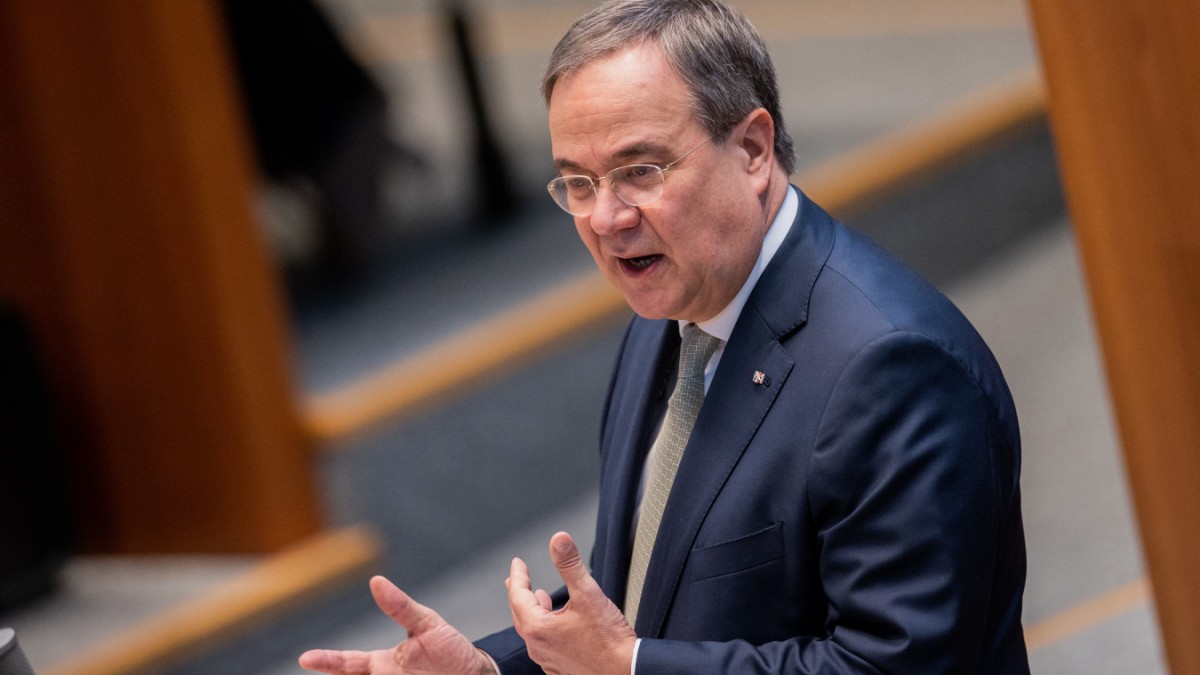 North Rhine-Westphalia’s Prime Minister Armin Laschet (CDU) calls for new concepts in the corona pandemic from January. “Society and the economy cannot hold out for another year like this,” said Laschet Rheinische Post. From the turn of the year, “smart concepts should enable long-term prospects for living with the pandemic,” he said. “With the vaccine approved, these concepts are realistic.”

Meanwhile, Chancellery Minister Helge Braun is optimistic about the coming year. “The pandemic will lose its horror in the next year,” said the CDU politician Handelsblatt. “As a society, we have to stick to December and the months up to March by observing the AHA rules and reducing our contacts. Where that is not enough, cuts are inevitable. Then spring will come and hopefully the vaccine too.”

It was possible to stop the exponential growth in the number of infections at a level that challenges the health system, but does not just overwhelm it. But 400 deaths a day are too many. “That is why I would have liked to have passed more far-reaching decisions in October.”

As expected, the health authorities reported comparatively few new corona infections to the Robert Koch Institute (RKI) on Monday morning. As the RKI announced on its website, 11 169 new cases were submitted within one day. The previous high was reached on Friday a week ago (November 20th) with 23,648 reported cases. Last Monday the number was 10,864. On Sundays and Mondays, the numbers are comparatively low because, according to the RKI, fewer samples are taken on the weekend and therefore fewer tests are carried out overall.

According to the RKI management report on Sunday, the so-called seven-day R-value was 0.95 (previous day: 0.96). This means that 100 infected people theoretically infect 95 more people. The value represents the occurrence of the infection 8 to 16 days ago. If the value is below 1 for a long time, the infection rate subsides.

The plan for a national federal health reserve is becoming more concrete. After protective masks and other material were scarce in spring, permanent reserves for one month are to be built up at 19 locations by the end of 2021. These should essentially consist of protective equipment, protective masks, ventilators and medication, explained Health Minister Jens Spahn (CDU) of the German Press Agency. Accordingly, the plan is that the reserve will primarily be filled with masks that have already been procured, then with material from domestic production. “In an emergency, we particularly support those who work in hospitals, nursing homes and medical practices. Good health care should not fail because of the material.”

At the beginning of June, the federal government decided in principle to set up a “National Health Protection Reserve” and commissioned the ministries involved with a concept. Specifically, the reserve should procure and store certain quantities, but also secure delivery options and production capacities. Such a combination should be able to cover the need for up to six months. In addition to supplying the health sector and the federal government, humanitarian aid with protective equipment should also be made possible for the World Health Organization (WHO) and other countries, according to the proposal.

The virologist Alexander Kekulé has proposed a private corona reporting system for events of 20 people or more. “All organizers, including private ones, should be obliged to register the participants,” he told the newspapers of the Funke media group. If a participant is positive, the organizer can warn everyone else. “This could put in a parallel reporting system that is much, much faster on a private level and that would be more willing to participate,” said Kekulé.

With a view to Christmas, Kekulé said there was “the serious special risk that many people over the age of 70 become infected. And if they do become infected, they have a risk of death of almost ten percent.” But this risk can be controlled. The measures decided by the federal and state governments last week included the possibility that the number of infections would have dropped significantly by Christmas. “Politicians are betting on falling numbers. If things turn out very differently, the Prime Ministers and the Chancellor will have a communication problem.”

According to Kekulé, he expects a vaccination of the healthy general population in the period from April to June. “The epidemic could go away in summer and hopefully not come back in autumn. That is my optimistic scenario.”

Probably no more laptops for teachers this year

Teachers in Germany will probably not be equipped with laptops nationwide until next year. “This year it will no longer be possible to implement it,” said the President of the Standing Conference (KMK), Stefanie Hubig (SPD), who New Osnabrück newspaper.

According to the Rhineland-Palatinate Education Minister, the reason for the delay is the federal government’s need for advice on financing. On the other hand, the delivery times for devices have become significantly longer. The agreement between the federal government and the states could now be concluded quickly. Country representatives, SPD leader Saskia Esken and Chancellor Angela Merkel initiated the service laptop program at a “school summit” in the Chancellery in August.

Coalition apparently agrees on a flat rate for the home office

Financial leaders of the grand coalition have signed a report by the DOES agreed on a new tax flat rate for the home office. It should be five euros per day and a maximum of 600 euros per year, writes the newspaper. The Federal Ministry of Finance put the associated relief for citizens at one billion euros.

The flat rate is the flexible answer to the encrusted case law on the home office, quotes the DOES the CSU finance politician Sebastian Brehm. “As the CSU, we want to relieve those who have achieved tremendous things from home during the pandemic,” Brehm continued.

For the first time since the introduction of the traffic light system to assess the corona situation in Berlin, the warning value for intensive care beds has been exceeded. More than a quarter of these beds in the capital (25.3 percent) are now occupied by Covid-19 patients, according to the health administration’s status report for Saturday, which was updated on Sunday. The Corona traffic light in Berlin is now red for two indicators.

The Corona traffic light takes into account a total of three indicators: the number of reproductions (R value for short), the number of new infections per 100,000 inhabitants in the past seven days and the occupancy of the intensive care beds with Covid 19 patients. Limit values ​​were defined for each criterion; for intensive care beds, this threshold is 25 percent. If the limit values ​​are exceeded at least three times in a row, the corresponding traffic light changes to yellow or red. Currently, the Corona traffic light only stands for the R value for green: the number of reproductions was last at 0.82. This means that the pandemic is spreading more slowly.

Are there now a curfew and obligation to work from home?

Staff in nursing homes are still skeptical about vaccinations

Corona pandemic in Bavaria and the region: News ticker for the corona virus on January 19, 2021 Mass vaccinations in Israel are having an effect

Nehammer has police operations evaluated after the Vienna Corona demo

Allianz risk barometer: worries about the consequences of corona

Bundesbank: “Signals are encouraging”: Lockdown will not overturn the German economy

Coronavirus: People aged 65 and over should receive ten FFP2 protective...

Why are vaccinated people infected with Covid-19?

France – controversial law: frontal attack in the name of security

Deutsche Welle from December in HD via Astra