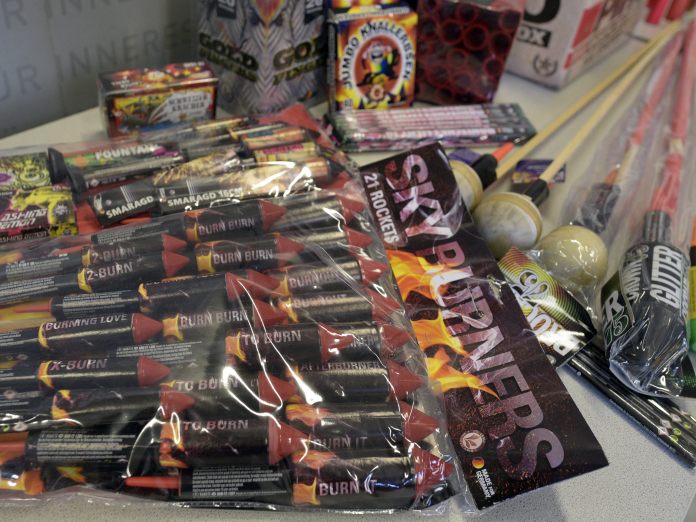 When it comes to big fireworks on New Year’s Eve, there are currently different opinions in the federal states. In any case, private firing of fireworks and rockets will be prohibited in Vienna and the official fireworks display has already been canceled.

In the Netherlands and some provinces of Belgium, all New Year’s Eve fireworks are banned so that the hospitals affected by the corona pandemic do not have to care for those injured by fireworks. In addition, large fireworks attract people, and gatherings should be avoided in the Corona crisis.

Recently, a ban on firecrackers and missiles was discussed in Upper Austria. This topic is dealt with differently in the federal states.

The Vorarlberg state government refers to the competence of the municipalities and the mayors when it comes to New Year’s Eve fireworks. Fireworks are generally prohibited all year round in Austria, but in “normal” years the mayors grant an exception for each New Year’s Eve. The state’s stance is clear: “We recommend that the municipalities not approve any major public New Year’s Eve celebrations including fireworks,” said the governor’s office at the request of the APA.

In Tyrol, a fireworks ban on New Year’s Eve is currently not an issue, as the state announced. The situation will be reassessed daily by the task force and the experts – also in coordination with the federal government and other federal states, it said. Should there be a need for this in view of the corona pandemic, the country could react in a timely manner. In addition, the country pointed out that fireworks in the local area are already prohibited under the Pyrotechnics Act. Other large fireworks or actions with fireworks require approval from the responsible administrative authority, it said.

City of Salzburg cancels official fireworks due to Corona

In the city of Salzburg there will be no official fireworks on New Year’s Eve due to corona. That was decided by the city council, the office of Mayor Harald Preuner (ÖVP) announced at the request of the APA. The fireworks would attract people to the city’s squares, but in view of the corona pandemic, they want to avoid a crowd. As in the previous year, private fireworks were banned. Whether and which municipalities in the country will also ban fireworks on New Year’s Eve has not yet been found out. The state media center announced that this will probably be determined by mid-December.

Carinthia still undecided, in Styria there is a ban

A firework ban is currently not an issue in Carinthia. Governor Peter Kaiser (SPÖ) announced on request via a spokesman that a possible fireworks ban on New Year’s Eve would be “discussed by the experts in the Carinthian Covid-19 coordination committee” in due course. It is now too early for that, but a decision will be made in good time.

In contrast, in Styria there is a ban on pyrotechnic fireworks. The country is currently examining the possibilities. The Styrian government partners – Governor Hermann Schützenhöfer (ÖVP) and LHStv. Anton Lang (SPÖ) – can “gain a lot from a ban and consider it a measure worth considering,” said APA when asked.

Lower Austria wants to wait for the effectiveness of corona measures

In Lower Austria, people wait and see. For the time being, a ban on fireworks at the turn of the year was not an issue, Albert Maca, the deputy club director of the state parliament club of ÖVP Lower Austria, announced on request: “Our primary goal is to combat the corona pandemic. Now we have to wait and see how those already set Take action. ”

The economic spokesman for the Lower Austrian FPÖ, Reinhard Teufel, had recently campaigned for the New Year’s Eve bang. “People have a right to let it crash properly on New Year’s Eve,” said Teufel in a press release on any fireworks bans. And he appealed to the population: “Let’s have a blast on New Year’s Eve and show the government what we think of such crazy ideas.”

Police control the ban on private fireworks in Vienna

In any case, private silver fireworks will be banned in Vienna this year – which is no different from the situation in previous years. Because in the local area in Vienna – almost everywhere – firing firecrackers and rockets is generally not allowed. Only more harmless pyrotechnics (category F1) are permitted. The ban, which is often ignored, is controlled by the police. The big official fireworks, however, are usually part of the New Year’s Eve trail. The coming New Year’s Eve makes an exception here: the glowing spectacle, as well as the path itself, has already been canceled.

Health – Stuttgart – Eisenmann against further tightening of the lockdown...

Mysterious metal monolith found in the middle of Utah

“This wasn’t who I am”: Meghan reports suicidal thoughts 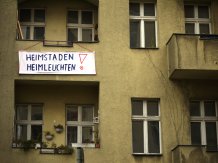 Error in the Stuttgart garbage collection calendar: 2020 will remain with...