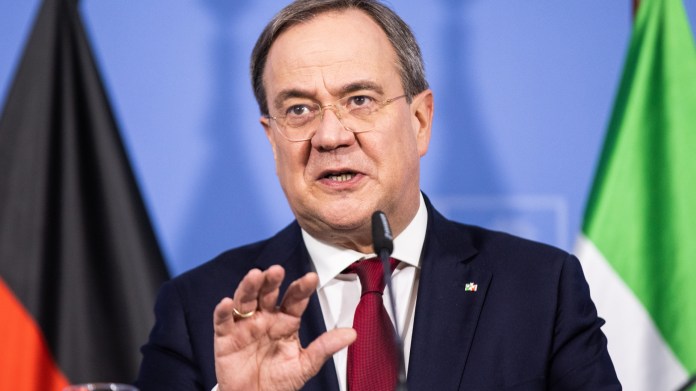 Another year with closings and billions in aid will destroy the state, NRW Prime Minister Laschet is convinced. He calls for new concepts. Chancellery Minister Braun is more optimistic about 2021.

Society and economy cannot stand another year like 2020 – of that North Rhine-Westphalia’s Prime Minister Armin Laschet is convinced. To combat the corona pandemic, he calls for fundamentally new concepts from January. “We cannot close everything in the long run and the state pays billions in losses month after month,” he told the “Rheinische Post”. A new model will be necessary from the new year. Permanent closings and subsequent compensation payments destroy the state in the long run. “

From the turn of the year, “smart concepts should enable long-term perspectives for living with the pandemic,” the CDU politician continued. With the approval of a vaccine, these concepts are also realistic. “Society and the economy will not hold out for another year like this.”

Braun: “Pandemic will lose its horror in the next year”

Chancellery chief Helge Braun expects major damage to the German economy despite the billions in government aid. “The corona crisis will leave significant marks on the economy,” Braun told the “Handelsblatt”. The state can help so that the majority of companies get through the crisis. “But it will not remain without consequences.” Braun believes another economic stimulus package is possible in the coming summer. “If necessary, we have to set new impulses”.

Nevertheless, Braun is more optimistic about the course of the pandemic in the coming year. “The pandemic will lose its horror next year,” said the minister. “As a society we have to stick to December and the months up to March by observing the AHA rules and reducing our contacts. Where that is not enough, cuts are inevitable. Then spring will come and hopefully the vaccine too.”

Söder for reassessing the situation in two weeks

Bavaria’s Prime Minister Markus Söder criticized the fact that some citizens were repeatedly looking for loopholes in the applicable regulations in the corona pandemic. In the ARD show Anne Will said the CSU chief: “If we now concentrate on how we can lower the numbers as best we can and apply it as consistently as possible, then I think Christmas is relaxed. “He was more worried than Christmas anyway, New Year’s Eve and skiing activities.

Söder asked to speak again about the corona measures in two weeks. If the high number of infections did not decrease, one had to say whether “extension and deepening could be turned into more deepening”.

The President of the German Medical Association, Klaus Reinhardt, also sees no risk of an explosive increase in the number of infections over the Christmas holidays. “I think it is unlikely that Christmas will become a nationwide superspreading event,” he told “Mannheimer Morgen”. If people adhere to the infection protection regulations, the temporary relaxation is justifiable and even advisable for psychosocial reasons. Reinhardt spoke out in favor of using rapid corona tests more frequently. Priority should be given to health care facilities, such as retirement homes or hospitals. “Later it is conceivable to carry out rapid tests before larger events, when these are permitted again.”

Meanwhile, the Robert Koch Institute reported 11,169 new corona infections in the past 24 hours. Last Monday the number was 10,864. The numbers are comparatively low on Sundays and Mondays because, according to the RKI, fewer samples are taken on the weekend and therefore fewer tests are carried out overall. 125 people infected with the virus died. This increased the number of deaths in Germany to a total of 16,248.

Less idling, no less than one hundred percent

Japan: Motorists spend the night on the highway after a snowfall

No longer in the cinema before: “Wonder Woman 1984” starts directly...