The planning team starts its work – meanwhile the number of deaths has doubled within a month.

Frankfurt – Now it’s getting serious: On Monday, the country gave the order for the construction and operation of nationwide Covid-19 vaccination centers. Of course, this also applies to Frankfurt. That is why the planning staff for the vaccination center, headed by the health department, supported by the fire department, has now started its operational work.

“After the health department has been working on possible vaccination scenarios for some time, the specific operational steps for this mammoth task can now be heralded with the deployment order,” said Health Department Head Stefan Majer (Greens) yesterday. He was confident that the health department and the fire department “will master this great challenge brilliantly”. Majer continued: “With well-planned and efficient vaccination campaigns and a hopefully high vaccination rate, the door will be open to us for a real and long-awaited normalization next year.”

In Frankfurt, at least 60 percent of citizens are to be vaccinated in the foreseeable future – first of all older people and those with previous illnesses, then employees in hospitals and nursing homes. However, no vaccine has yet been approved and it remains to be seen how many vaccine doses Hessen will receive from the federal government. Nonetheless, the state government has decided that there should be a total of 30 vaccination centers in Hesse. There will probably be two in Frankfurt. The trade fair and Frankfurt Airport are currently being discussed as possible locations. The vaccination centers are said to be open seven days a week from 7 a.m. to 10 p.m. 1000 vaccinations should be possible daily.

Corona pandemic in Frankfurt: “Don’t be too early to feel safe”

However, health department Majer urged patience: “It is an encouraging signal. But it will take many months before the required vaccination rate is achieved.” Until then, the following applies as before: keep your distance, wash your hands, wear a mask and ventilate. “To lull us into safety too early would be a big mistake,” said Majer.

Meanwhile, the number of people in Frankfurt who died as a result of the coronavirus has doubled in just four weeks. If there were 86 deaths in Frankfurt since the beginning of the pandemic at the end of October, the number was 172 yesterday, according to the health department. “That is sad, but was to be expected,” said Kirsten Gerstner, spokeswoman for Health Department Majer, when asked by this newspaper . But that is not a Frankfurt phenomenon. “Deaths are rising again across Germany,” said Gerstner. “This is due to the fact that older people are becoming increasingly infected with the lung disease.”

This experience has also been made in the senior citizens’ residential complex Oberin-Martha-Keller-Haus, operated by the health group Agaplesion, in the past few weeks: Five residents have died of Sars-CoV-2. Six residents are currently still infectious, while 57 seniors have been released from isolation. Most of the employees are also healthy again. Only six employees tested positive. Two weeks ago there had been 50 corona cases in the facility. The visit stop has now been lifted. A rapid antigen test is carried out on each visitor.

In the senior citizens’ residential complex Haus Saalburg, which also belongs to Agaplesion and where there were also numerous infections, there are still 15 infected residents, but another test was negative for 52 senior citizens. In the senior housing complex, 20 residents and eight employees were infected with the corona virus. There are currently seven employees in quarantine. Two residents still have to be treated as inpatients in the hospital. A senior has died as a result of the lung disease.

Since March a total of 14,624 people have tested positive for Covid-19 in Frankfurt. 11 835 Frankfurters are already considered recovered, 2617 are still infectious. The seven-day incidence was yesterday at a value of 240. (Julia Lorenz) 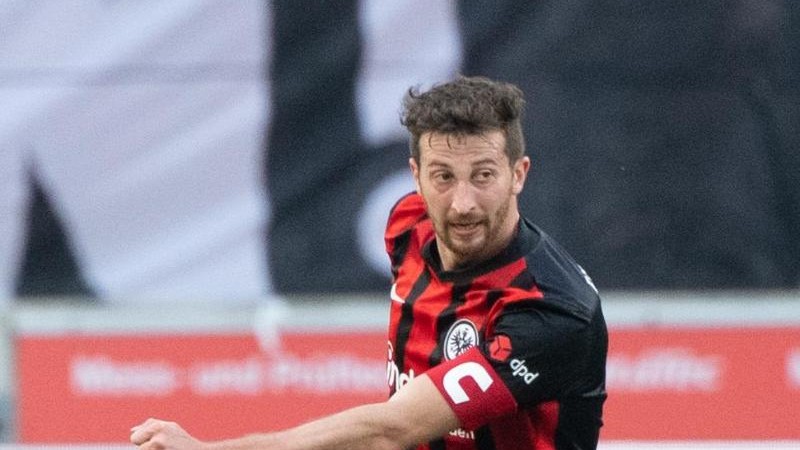 “Kill you all”: Aggressive man triggers blockade at Frankfurt Airport

Without mouth and nose protection: Man triggers a large-scale operation at Frankfurt Airport

An abandoned suitcase triggered a police operation at Frankfurt Airport

At the Senckenberg School in Frankfurt, preparation of animals is part of it

Recall from Rewe: fruit product could contain a neurotoxin – do...