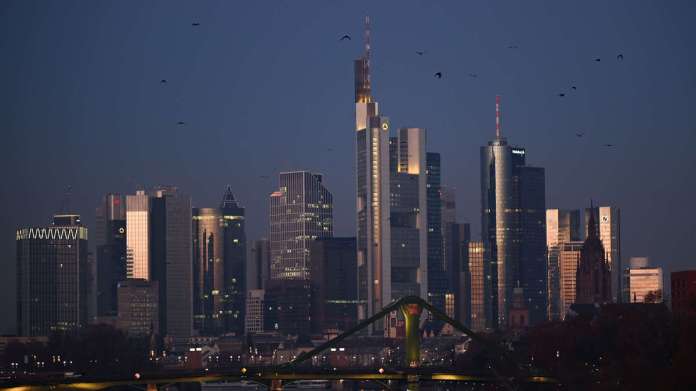 The Corona situation in Frankfurt is critical. In order to curb the spread of the corona virus, the city has issued a new general decree with rules.

Frankfurt – In Frankfurt rise the Corona case numbers continue on. As a metropolitan area, the Main metropolis is severely affected by the pandemic. In order to curb the spread of the virus, the city of Frankfurt’s crisis team has extensive regulate decided and issued a general decree. This will be extended on Tuesday, December 1st, 2020, initially until Sunday, December 13th, 2020.

In addition to the restrictions for Hesse, which have been in effect since November 2nd, for Frankfurt a Mask requirement arranged in certain areas of the urban area. Therefore applies to pedestrian Between 8 a.m. and 10 p.m. it is compulsory to wear mouth and nose protection within the Alleenring and north of the railway line in Sachsenhausen. The following streets each form the border of the zone, on them the applies Mask requirement to the middle of the street:

Frankfurt: Only a few exceptions to the mask requirement

The mask to protect against Coronavirus allowed in the above areas in Frankfurt be stopped briefly while eating, drinking or smoking. But only on the spot and if the Minimum distance 1.5 meters is adhered to. Also at all underground and above ground Stops as well as with all public events and in public institutions a mask must be worn.

And also in Vehicles According to the city of Frankfurt, the mask requirement applies if more than two households are out and about together. Also at religious gatherings, such as Funeral ceremonies and in church.

Corona rules in Frankfurt: Interactive map of the mask requirement

The city Frankfurt has published an interactive map that shows the entire area in which the Mask requirement applies in public spaces. On leaflets of the city of Frankfurt, which were distributed in the city districts in November, one can read: “The mask may be annoying, but it prevents infection – especially where things are tight, for example on the Zeil.”

However, the city recommends wearing the masks within the entire urban area. Chin vision are not an alternative to one, according to the city Mouth and nose protection. Wearing such visors can be punished with fines. Children under six are not required to wear masks. In advanced schools, including vocational schools, there is a mask requirement for face-to-face teaching. Outside of class, masks must be worn in all schools.

The new Frankfurt general decree to combat Covid19 is now available for download. It is valid from December 1st to December 13th inclusive.

In various public places in Frankfurt applies because of Corona also a Alcohol ban. In general, alcohol is not allowed to be drunk in public areas anywhere in the city between 11 p.m. and 6 a.m., and it is also not allowed to sell it at petrol stations, kiosks, retail stores and supermarkets. In addition, that applies Prohibition all day in these areas:

On the subject Contact restrictions the state of Hesse stipulates that five people from two households may meet in public space – this also applies in Frankfurt. Associated children under the age of 14 are not included. Up to now, up to ten people from a maximum of two households have been allowed. Because apartments are a particularly protected and private area Hesse restricts itself to the urgent recommendation to limit contacts in the same way. The extension of the partial lockdown is initially set until December 20th.

To combat the Covid-19 pandemic were next to restaurants also the Frankfurters Sports facilities closed. This also affects the Frankfurt baths or the Eissporthallewhich was also closed from the same day for training and competition operations for amateur clubs and for public ice skating. Leisure and amateur sports on and in all public and private sports facilities are only permitted alone, in pairs or with your own household. (svw / kke)

The Louvre in Paris recorded a loss of 90 million euros

Innate immune defense: Corona-positive, but not contagious – how is that...

Advertisement for preference in vaccination

After BVB change: Gladbach fans with a protest poster against Rose