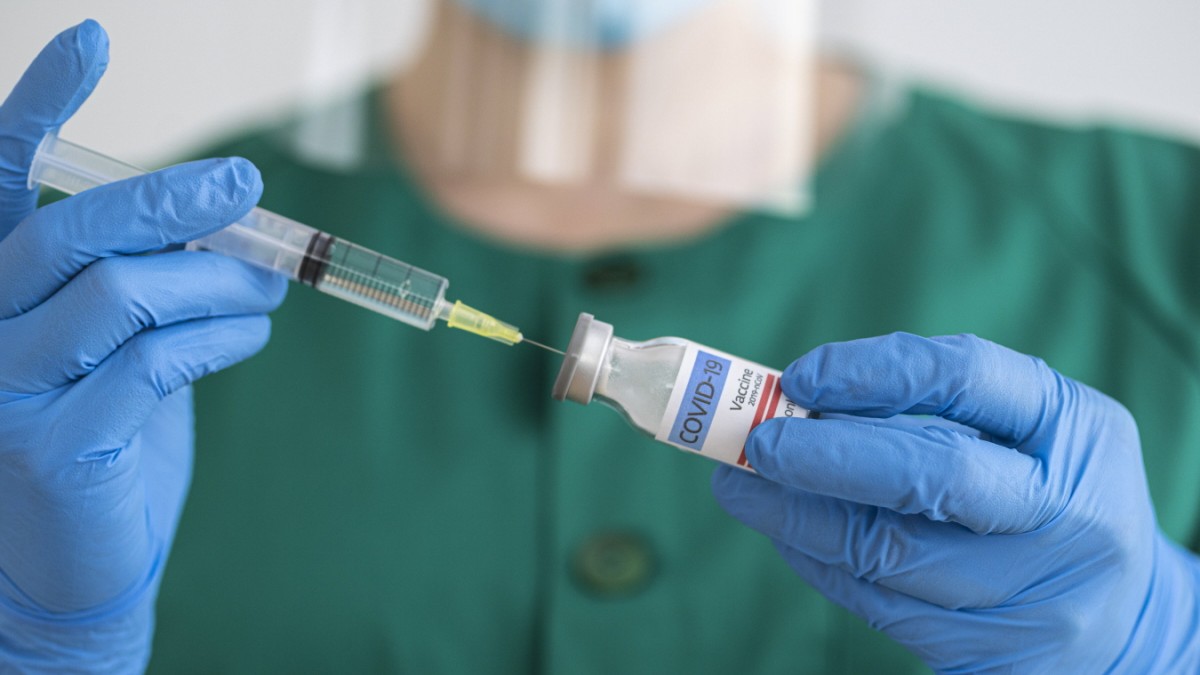 For how much longer? No question should move Germany like this in these weeks. How long will the country and the world have to live with the virus, how long will events be banned and all kinds of restrictions in force? The good news from vaccine development gives cause for hope that the end is in sight. But before then, many millions of vaccine doses will have to be manufactured, delivered and administered.

On the basis of the key data known so far, the SZ has made a rough estimate. Accordingly, it will take roughly the end of next year for Germany to achieve herd immunity. Then all measures to contain the virus could be lifted. Noticeable easing would be possible much earlier and could be gradually expanded.

Not all people need to be vaccinated to protect the population from further spreading the virus. For so-called herd immunity, it is sufficient if every infected person meets on average less than one person who is not immune. Since a carrier of the coronavirus infects three to four other people on average without countermeasures (the so-called basic reproduction number), it is sufficient for around 70 percent of the population to be immune. Whereby immunity can be achieved through surviving an infection or through vaccination. At least if the vaccine not only protects the vaccinated person from illness, but also prevents further transmission of the virus. This has not yet been proven for the two vaccines from Biontech and Moderna, but it is assumed in the following model calculation.

The planned mass vaccination of the population in Germany is a matter for the federal states. Each country designs its own processes for this, about which more or less a lot is known so far. The government of Baden-Württemberg has expressed itself in great detail about the planned capacities, which is why the rollover is exemplary for the state in the south-west. However, figures from other countries show a similar order of magnitude.

In Baden-Württemberg, eight to twelve central vaccination centers are to be set up by mid-December, each of which will administer 1500 vaccinations per day. From mid-January onwards, there will be a vaccination center for each of the 44 districts with a daily capacity of 750 doses each, which would allow around 1.3 million vaccinations per month nationwide. Whether this capacity will actually be achieved is of course still unclear and will depend, among other things, on whether there are enough qualified personnel. In addition, there should be mobile vaccination teams that vaccinate old people’s homes, for example. For protection to be effective, each person must receive two doses of the vaccine.

All these factors show that it would take around eleven and a half months from mid-January until Baden-Württemberg reaches the threshold of herd immunity – around the beginning of 2022. It is assumed that people with a corona infection confirmed by test are already immune and not get vaccinated again. Because of the numerous imponderables of the calculation, herd immunity can occur several months earlier or later. After about five months, immunity could be so advanced that most restrictions, with the exception of the ban on major events, would be unnecessary; after eight months, major events would be conceivable again as long as the health authorities continue to break part of the chain of infection by means of testing, isolation and contact tracing . All of this can only be an estimate.

In addition, a sufficient number of citizens must be willing to be vaccinated. According to a recent survey by the Wahlen research group, 20 percent reject the vaccination – this order of magnitude would be manageable with regard to herd immunity. In addition, there are 30 percent who are undecided.

Which population groups are vaccinated with which priority also plays a major role. According to a recommendation of the Standing Vaccination Commission, members of risk groups should first be vaccinated, especially old people, as well as those employed in the health and care sector. This strategy is considered to be the most effective for preventing serious disease and death. However, the following vaccination phase in particular contributes to the desired herd immunity when people of working age are vaccinated. They have the most contacts and are most likely to become the superspreaders who contribute the most to spreading the virus.

“Wrong numbers were published”: Lauberhorn boss rages in “Sportpanorama” because of race cancellation

Ivanka Trump and Jared Kushner: crash of a prince couple

Back home from his deathbed – Navalny returned to Russia – and arrested

Carinthian painter Hans Staudacher died at the age of 98 – Carinthia –

Declaration of love: Nico Schwanz shares a rare picture with his son

After baby break: Lena Gercke returns to “The Voice of Germany”

Long-awaited course in the Assange case

The days are finally getting longer