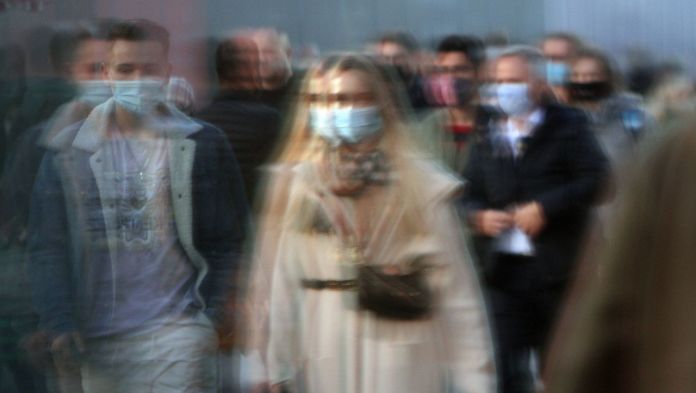 According to US researchers, the total number of corona infections detected so far in Germany has exceeded the one million mark. That comes from data from the Johns Hopkins University (JHU) in Baltimore. Mathematically, almost every 80th German would have been infected.
In the past month alone, the US researchers have added more than 550,000 cases. The number has more than doubled in a short time. The scientists’ data are updated regularly and therefore often show a higher level than official figures from the World Health Organization (WHO) or the countries concerned. In some cases, however, the figures were corrected afterwards.

The Robert Koch Institute (RKI) has counted a total of 983,588 detected infections with the Sars-CoV-2 pathogen in Germany since the beginning of the pandemic (as of November 26, 00:00 a.m.). At the same time, the institute estimates that around 676,100 people have now recovered. The number of deaths related to the virus rose 389 to a total of 15,160 as of Thursday.

Numbers: Stabilized at a high level

The first corona infections in Germany were confirmed at the Bavarian company Webasto at the end of January. From the end of February, the virus spread throughout Germany. After a rapid increase in reported new infections in October and early November, the number had recently leveled off at a high level. On Thursday, the RKI reported 22,268 new corona infections within 24 hours, citing the health authorities.

According to the RKI management report on Thursday evening, the so-called seven-day R-value was 0.90 (previous day: 0.87). This means that 100 infected people infect 90 more people. The value represents the occurrence of the infection 8 to 16 days ago. If the value is below 1 for a longer period of time, the infection rate subsides.
According to Johns Hopkins University, the limit of one million confirmed infections has also been exceeded in other European countries: According to the data, there are 2.2 million known infections in France, around 1.6 million each in Spain and the UK, and there are in Italy 1.5 million. Poland is just below the symbolic threshold with around 950,000 infections. In all other countries on the list, however, there are significantly fewer people than Germany.

In most countries, experts assume a high number of unconfirmed corona infections. In two different antibody studies in corona hotspots in Germany, 2.6 times and 3.9 times more infections were detected than was previously known.

Mr Labbadia, you have to solve these problems now – BZ...

Frankfurt Musikhochschule: Playing together at a distance

With the number of tests and vaccination status: Berlin FDP calls...