The Covid-19 mass tests are due on the first weekend in December in Tyrol. In the Kufstein district, these are largely supported. Companies in particular hope for a certain degree of security thanks to the tests. Criticism of this is loud from Wörgl.

DISTRICT KUFSTEIN (bfl). In Tyrol there will be mass tests on December 5th and 6th and together with Voralberg will start the mass tests in Austria – apart from Vienna – at least in the west. Entrepreneurs welcome the tests as a means of fighting the virus and for more planning security, opinions differ in the communities.
The mayors in the district expect different participation in the voluntary tests. “Participation in the voluntary test will, in my rough estimate, be less than fifty percent,” says Josef Haaser, Mayor of Angath, to the DISTRICT BLOCKS. Langkassen’s mayor, Andreas Ehrenstrasser, assesses the mood in his community differently. “I assume that participation will be high, because there can be an improvement in the situation around the interruption of chains of infection. A vast majority of the people out there are aware of the value of the pandemic, I assume that many will make their contribution to the fight, “said Ehrenstrasser. Kramsach’s mayor, Bernhard Zisterer, has also received positive feedback from his community. “There is a great deal of voluntariness in our town, which is why I see it in the direction of testing,” says Zisterer.
Wörgl’s mayor, Hedi Wechner, sees the mass tests as more critical. “For me, this short-term mass test is incomprehensible and incomprehensible, especially since the communities are now facing very large organizational tasks,” said Wechner. This applies above all to the establishment of the test stations and the entire organization. She cannot and does not want to judge whether and how many accept the free test offer. From an organizational point of view, however, the municipality must assume that all citizens of Wörgler from the age of 6 will accept the test offer.

Testing as a last resort

The focus on mass tests is also sharpened by some doctors in the district. For Dr. Bruno Bletzacher, general practitioner in Alpbach, the mass tests are only the last possible route. “If the population were to deal more openly and consistently with Covid-19, there would be no need for mass tests. Unfortunately, there are still people who refuse tests even in the event of illness and give false information about contacts,” explains Bletzacher. As far as Covid-19 is concerned, he believes that personal responsibility has failed.

Companies in the Kufstein district are quite positive about the tests, because they are primarily about unlocking. “Anything that means that we can bring the numbers down and we can unlock is welcome,” emphasizes Peter Wachter, district manager of the Kufstein Chamber of Commerce. There are currently major problems in tourism, and numerous tourism experts call the WK every day. Above all, they lack planning security with regard to a possible unlocking.
“We would have preferred if that had been a little earlier, then we would probably have been able to start the winter season,” says the newly elected WK chairman Manfred Hautz on behalf of tourism in the district. But other entrepreneurs in the district also welcome the mass tests, as they provide a certain degree of security or planning security.

Pirlo has already tested it itself

An example from Kufstein shows that large companies are in favor of mass tests. The Pirlo company took the testing of employees into their own hands. The first comprehensive Covid-19 tests have already taken place, a monthly repetition is planned. The tests took place directly on site at the Kufstein and Söll locations in collaboration with Dr. Bichlmair from Ebbs – in the form of rapid antigen tests. If the test result was not clearly negative, a PCR test was carried out on a test street. More than 300 employees have already been tested on the first test dates. “This action is great! We are tested by a doctor directly at work and know the result straight away. Of course I’m going to test. I don’t want to infect any of my colleagues and don’t want to be infected by them, ”said Zejna Topic (production employee at Pirlo), impressed by the test option. As part of the tests carried out so far, four employees tested positive for the coronavirus.
“Our goal is to protect the health of our employees and at the same time to keep operations going. By being willing to be tested, our employees help to contain the spread of the coronavirus in the company and to protect their colleagues ”, say the managing directors, Wolfgang Schauer and Peter Stanger.

AK: Voluntariness must not be questioned

AK President Erwin Zangerl also supports the mass tests, since in principle all measures that can contain the corona pandemic are to be welcomed. How sensible this measure will be will only become apparent in retrospect. “At the moment there are already different opinions where mass tests have already been carried out. It is also crucial that the voluntary nature of these tests must not be questioned. We will therefore ensure that there are no sanctions against employees who conduct such tests do not accept “, says AK President Erwin Zangerl to the DISTRICT BLATTERS.

How an event manager reinvents himself because of Corona 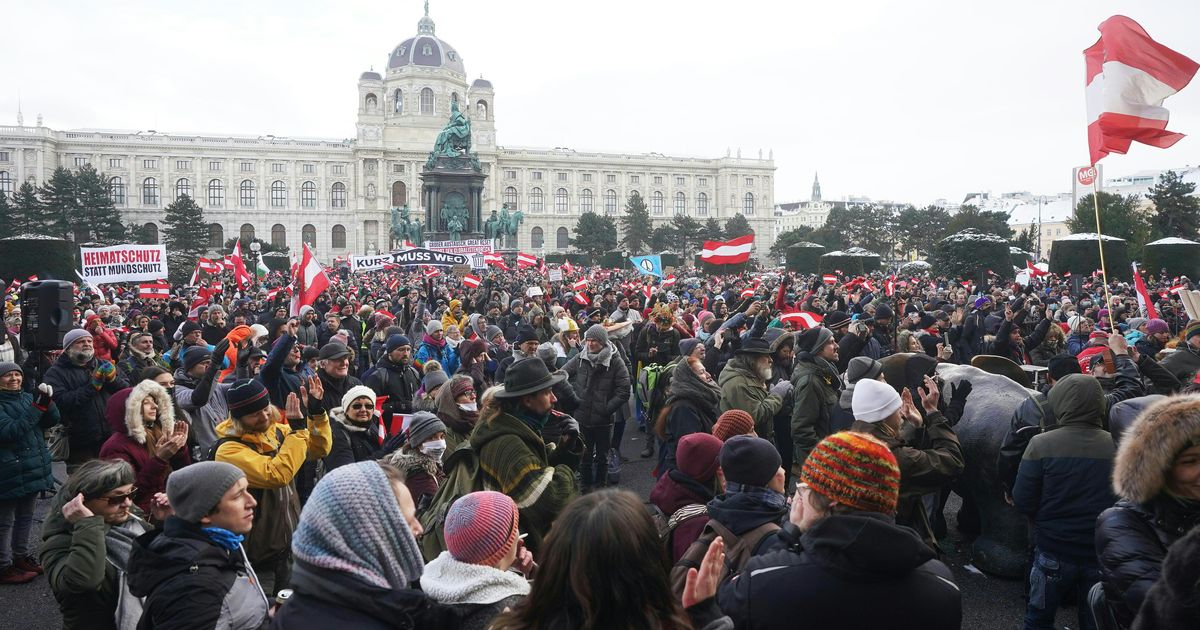 Corona: 18 more fatalities in the RE district

Corona in Austria: Short summit on tightening the lockdown – first details leak through

Boss threatens employees: “Termination without notice” for corona vaccination – and is now rowing back – Panorama

In Zurich, more people have to be in quarantine – this also has consequences for schools

Controversy over the “Vogue” cover of US Vice President Harris

Coast calls on second home owners to stay away | ...

Weather in Germany: Official DWD warning for Munich – experts with...