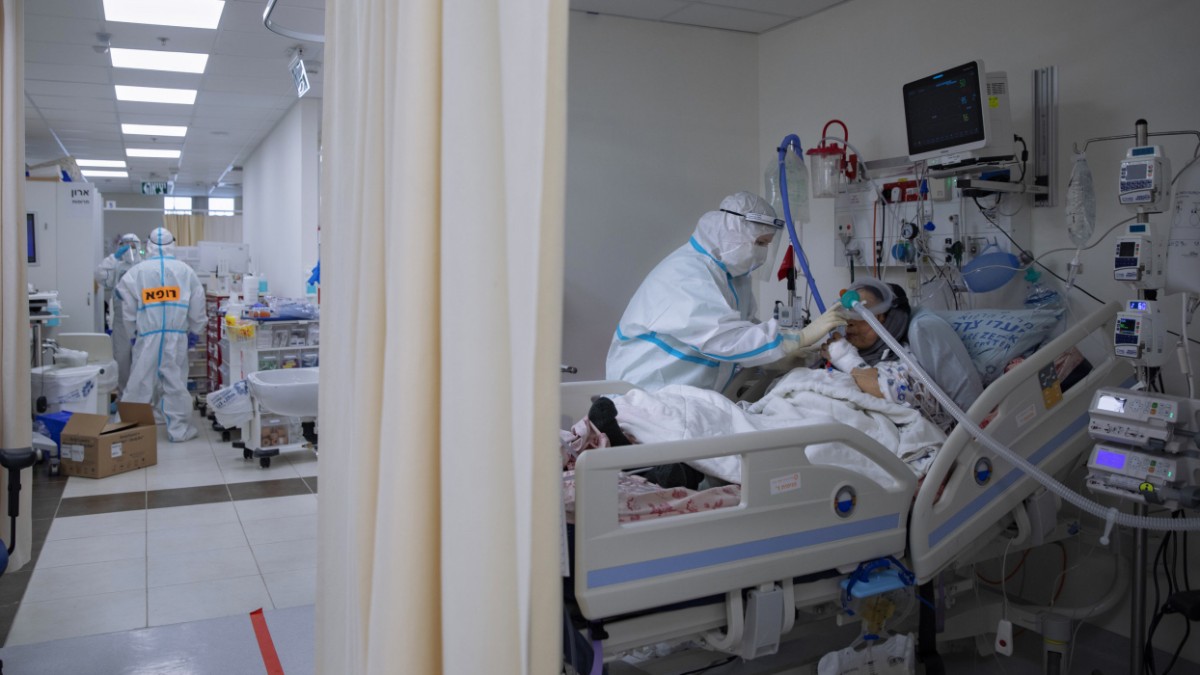 In Israel, the number of new corona infections exceeded 1000 within 24 hours for the first time in more than four weeks. The Israeli Ministry of Health reported 1,069 new cases on Thursday. More new infections in one day were last reported on October 21. On that day there were 1172 new infections. Israel tests quite a lot with 60,000 tests. The rate of positive tests is 1.8 percent and thus remains at the level of the previous days.

The pandemic was comparatively mild in the country with nine million inhabitants in spring. There were strict measures to restrict public life. The measures were relaxed in the summer, which led to much protests and a massive increase in the number of infections. A second nationwide lockdown began in September and was gradually relaxed from mid-October.

In the Gaza Strip, with its roughly two million inhabitants, the situation is extremely tense. Most recently, about every fourth corona test was positive. The Ministry of Health, led by the Islamist Hamas, reported 656 new cases within 24 hours. The Commissioner General of the UN Relief Society for Palestine Refugees (UNRWA), Philipe Lazzarini, warned that the health system in the sealed off coastal area was on the verge of collapse given the high number of infections. At the same time, he pointed out that the financial situation of the aid organization was also difficult.

In South Korea, so many corona infections have risen to more than 500 a day for the first time since March. The health authority reported 583 new infections for Wednesday. 553 people were infected within South Korea, 30 people were infected abroad. Most of the new infections occurred in the greater Seoul area. There were particularly high concentrations at military bases, in fitness studios, schools, churches and other facilities.

So far, a total of 32,000 infections have been reported in the country with 52 million inhabitants. 515 people have died in connection with the coronavirus. According to the authorities, South Korea is experiencing the third wave of contagion. “As the third wave of infections increases in size and pace, we must strictly follow the rules for social distancing,” Health Minister Park Neung Hoo was quoted by the national news agency Yonhap. The government had recently tightened the restrictions on social contacts again. So far, South Korea has managed without a large-scale lockdown.

France insists on compensation for Strasbourg

In the dispute over the currently unused seat of the European Parliament in Strasbourg, France has demanded compensation from Brussels. As the French Secretary of State for Europe Clément Beaune wrote to the President of the European Parliament David Sassoli, he wants to talk about the necessary compensation mechanisms again soon. From Brussels it was said that the content of the letter published by Beaune on Twitter was unacceptable.

For Strasbourg, the plenary sessions are also of economic importance – for example for hotels and restaurants. French President Emmanuel Macron had therefore already called for some kind of compensation for the canceled meetings, such as longer plenary sessions in Strasbourg.

Beaune repeated the French demand to resume parliamentary operations in Strasbourg as soon as possible. In addition, it should be considered whether more administrative staff could be transferred from the Belgian capital to Alsace. According to a spokeswoman, Sassoli had only phoned Beaune the day before. There was no question of the letter. It was received with surprise and irritation. “This doesn’t respect the good relationship we’ve had so far.” Sassoli is ready to have a constructive discussion about a safe return to Strasbourg – but with the highest French authorities, namely the President or the Prime Minister.

The seat of the European Parliament in Strasbourg is specified in the EU treaties. MEPs usually move from Belgium to the eastern French city every month. Because of the corona pandemic, however, they have been meeting since February at the actual second headquarters in Brussels, where most of the employees are based.

After months of criticism, contrary to previous practice, the Turkish government has announced the daily number of cases of people in the country who tested positive for the corona virus. “Today the number of cases is 28,351,” said Health Minister Fahrettin Koca on Wednesday evening. The number is well above the previously announced values. In addition, 168 people died on Wednesday from or with Covid-19, which is the highest value so far, according to Koca.

The Minister of Health admitted on September 30 that only those infected with symptoms had been reported as corona cases since the end of July – but not the number of new cases every day. This has repeatedly been sharply criticized by the Turkish Medical Association, among others. For comparison: The number of people infected with symptoms was 6,814 on Wednesday. According to official information, more than 12,000 people have died of or with Covid-19 so far. Koca announced that from now on the number of patients with and without symptoms would be published.

Koca admitted to critical care bottlenecks. In Izmir, for example, the situation is very early and there are problems in some hospitals. He didn’t give any details. The population of Turkey is around 83 million people, about the same as in Germany.

The real numbers in Turkey: report from our correspondent

EU Commission President Ursula von der Leyen has warned against premature relaxation of the requirements to combat the corona pandemic. Before the European Parliament, she stressed the risk of a third wave. “I know that shopkeepers, bar operators and waiters in restaurants want an end to the restrictions,” said von der Leyen. “But we have to learn from the summer and we mustn’t make the same mistakes,” she said, considering that the conditions had largely been lifted in the summer.

Covid-19 was the number one cause of death in the European Union last week, with almost 3,000 deaths per day. But there is hope: “The first European citizens could be vaccinated before the end of December,” said von der Leyen. “Finally there is light at the end of the tunnel.”

The EU Commission has now secured contracts with six vaccine companies. However, vaccinations are even more important than vaccines. “The member states have to get ready now,” demanded the head of the Commission. “We’re talking about millions of syringes and the cold chain, organizing vaccination centers, training staff – and a lot more.” The EU states would have to ensure the logistics for administering hundreds of millions of vaccine doses.

Von der Leyen announced on Tuesday that a contract with the US vaccine manufacturer Moderna for 160 million doses had also been negotiated. This will give Europeans access to all three vaccines with a chance of getting approval for Europe in the next few weeks. Before doing this, however, the Medicines Agency (EMA) must check safety and effectiveness.

USA: Highest number of corona deaths since the beginning of May

In the USA, the number of corona deaths recorded within one day has risen to the highest level since the beginning of May. On Tuesday, authorities reported 2,146 deaths with a confirmed coronavirus infection, according to data from the University of Johns Hopkins (JHU). On the same day of the previous week it was 1692. The highest value to date was reached on April 15 with 2609 deaths in one day.

At the same time, there were 172,935 new corona cases nationwide on Tuesday. In the previous week, around 160,500 new infections were reported on the same day. The highest value so far within one day was registered on Friday with around 196,000 new infections.

In total, more than 12.5 million people have been infected with the corona virus in the country with around 330 million inhabitants. Since the pandemic began, more than 259,000 people have died from the Sars-CoV-2 pathogen. In absolute terms, that’s more than in any other country in the world.

Trudeau suspects Canada will have to wait for vaccine

Canadians will not be the very first to get vaccinations against the coronavirus, according to Prime Minister Justin Trudeau. It is very likely that people will be vaccinated first in those countries where the drugs are manufactured, said Trudeau. Germany, the USA and Great Britain have mass production facilities, but Canada does not. It is understandable if a US company distributes its vaccine first in the US.

“We expect to receive these doses in the first few months of 2021,” said Trudeau. Canada has signed contracts for a number of vaccine candidates. Opposition leader Erin O’Toole criticized the government for failing to ensure that Canada had precedence in access to vaccines.

Italy and Austria argue about a ski ban

Austria and Italy are arguing about the ski season this winter. Italy calls for the ski slopes across Europe to be closed over Christmas. This year it is not possible to “allow holidays in the snow”, said Prime Minister Giuseppe Conte.

Austria rejects Italy’s demand. “I generally do not believe in the Italian proposal to close Austrian ski resorts,” said Finance Minister Gernot Blümel to the Reuters news agency. The conservative politician added that if the EU actually put a stop to winter tourism, they wanted compensation. “If the EU actually pretends that the ski areas must remain closed, then that means costs of up to two billion euros,” said Blümel. He was referring to a period of about a month around Christmas time.

Tourism accounts for around 15 percent of the country’s gross domestic product and creates hundreds of thousands of jobs in winter alone. More than 59 million overnight stays are recorded per winter season. In Austria, the ski lifts and gondolas in the glacier areas are currently shut down until December 6th due to the lockdown.

It is not yet clear when operations will resume and when the ski resorts popular with German holidaymakers such as Sölden, Ischgl, St. Anton and Saalbach can actually open their season. What is certain is that there should be strict rules. For example, when queuing for a cable car, a distance of one meter must be maintained and mouth and nose protection must be worn in the gondolas. Après-ski parties were banned weeks ago.

Last winter, the Tyrolean ski resort of Ischgl, known for its après-ski scene, developed into a Corona hotspot. Thousands of holidaymakers were infected there at the beginning of the pandemic and then spread the virus around the world. The overcrowded après-ski bars in particular were considered the ideal breeding ground for the virus to spread.

In Italy, too, many regions are currently in a lockdown with restrictions that will remain in place until at least December 3rd. The situation is different in Switzerland. Despite an equally high number of positive testers, the ski areas are open. The country hopes to get through the crisis by wearing masks and distance rules.

A debanter exposed the full quarantine as illegal

Corona cases in a ski instructor course with 152 participants: “How the virus found us is a mystery to us”

Health hazard: take a break from exercising after Covid-19

NHL goalie Calvin Pickard will strengthen the Vienna Capitals until the...

Formula 1: Russell replaces Hamilton at the Sakhir GP at Mercedes... Climate activists abseil off the motorway bridge during a bicycle demonstration 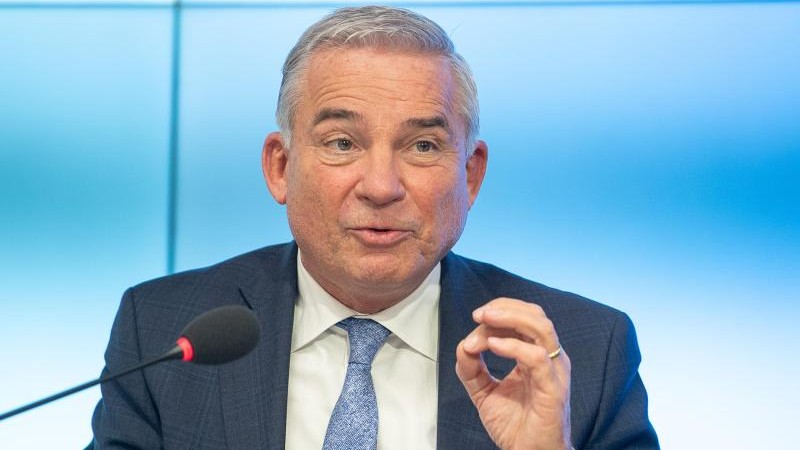