EU Commission President Ursula von der Leyen has warned against premature relaxation of the requirements to combat the corona pandemic. Before the European Parliament, she stressed the risk of a third wave. “I know that shopkeepers, bar operators and waiters in restaurants want an end to the restrictions,” said von der Leyen. “But we have to learn from the summer and we mustn’t make the same mistakes,” she said, considering that the conditions had largely been lifted in the summer.

Covid-19 was the number one cause of death in the European Union last week, with almost 3,000 deaths per day. But there is hope: “The first European citizens could be vaccinated before the end of December,” said von der Leyen. “Finally there is light at the end of the tunnel.”

The EU Commission has now secured contracts with six vaccine companies. However, vaccinations are even more important than vaccines. “The member states have to get ready now,” demanded the head of the commission. “We’re talking about millions of syringes and the cold chain, organizing vaccination centers, training staff – and a lot more.” The EU states would have to ensure the logistics for administering hundreds of millions of vaccine doses.

Von der Leyen announced on Tuesday that a contract with the US vaccine manufacturer Moderna for 160 million doses had also been negotiated. This will give Europeans access to all three vaccines with a chance of getting approval for Europe in the next few weeks. Before doing this, however, the Medicines Agency (EMA) must check safety and effectiveness.

USA: Highest number of corona deaths since the beginning of May

In the USA, the number of corona deaths recorded within one day has risen to the highest level since the beginning of May. On Tuesday, authorities reported 2,146 deaths with a confirmed coronavirus infection, according to data from the University of Johns Hopkins (JHU). On the same day of the previous week it was 1692. The highest value to date was reached on April 15 with 2609 deaths in one day.

At the same time, there were 172,935 new corona cases nationwide on Tuesday. In the previous week, around 160,500 new infections were reported on the same day. The highest value so far within one day was registered on Friday with around 196,000 new infections.

In total, more than 12.5 million people have been infected with the corona virus in the country with around 330 million inhabitants. Since the pandemic began, more than 259,000 people have died from the Sars-CoV-2 pathogen. In absolute terms, that’s more than in any other country in the world.

Trudeau suspects Canada will have to wait for vaccine

Canadians will not be the very first to get vaccinations against the coronavirus, according to Prime Minister Justin Trudeau. It is very likely that people will be vaccinated first in those countries where the drugs are manufactured, said Trudeau. Germany, the USA and Great Britain have mass production facilities, but Canada does not. It is understandable if a US company distributes its vaccine first in the US.

“We expect to receive these doses in the first few months of 2021,” said Trudeau. Canada has signed contracts for a number of vaccine candidates. Opposition leader Erin O’Toole criticized the government for failing to ensure that Canada had precedence in access to vaccines.

Italy and Austria argue about a ski ban

Austria and Italy are arguing about the ski season this winter. Italy calls for the ski slopes across Europe to be closed over Christmas. This year it is not possible to “allow holidays in the snow”, said Prime Minister Giuseppe Conte.

Austria rejects Italy’s demand. “I generally do not believe in the Italian proposal to close Austrian ski resorts,” said Finance Minister Gernot Blümel to the Reuters news agency. The conservative politician added that if the EU actually put a stop to winter tourism, they wanted compensation. “If the EU actually pretends that the ski areas must remain closed, then that means costs of up to two billion euros,” said Blümel. He was referring to a period of about a month around Christmas time.

Tourism accounts for around 15 percent of the country’s gross domestic product and creates hundreds of thousands of jobs in winter alone. More than 59 million overnight stays are recorded per winter season. In Austria, the ski lifts and gondolas in the glacier areas are currently shut down until December 6th due to the lockdown.

It is not yet clear when operations will resume and when the ski resorts popular with German holidaymakers such as Sölden, Ischgl, St. Anton and Saalbach can actually open their season. What is certain is that there should be strict rules. For example, when queuing for a cable car, a distance of one meter must be maintained and mouth and nose protection must be worn in the gondolas. Après-ski parties were banned weeks ago.

Last winter, the Tyrolean ski resort of Ischgl, known for its après-ski scene, developed into a Corona hotspot. Thousands of holidaymakers were infected there at the beginning of the pandemic and then spread the virus around the world. The overcrowded après-ski bars in particular were considered the ideal breeding ground for the virus to spread.

In Italy, too, many regions are currently in a lockdown with restrictions that will remain in place until at least December 3rd. The situation is different in Switzerland. Despite an equally high number of positive testers, the ski areas are open. The country hopes to get through the crisis by wearing masks and distance rules.

Airline Qantas is considering the introduction of electronic vaccination records

The Australian airline Qantas is considering introducing a corona vaccination pass for passengers. If a vaccine is widely available, Qantas could require international travelers to get vaccinated before a flight, company director Alan Joyce told Network Nine. Qantas has already spoken to other airlines about a vaccination certificate.

Joyce said such a document would take a lot of thought, logistics, and possibly government help. Think of an electronic vaccination pass, which certifies which vaccination the holder has received and whether this will be accepted at his travel destination.

Australia has imposed one of the toughest travel restrictions in the world because of the pandemic. International travel is then only possible under certain conditions. In the country of 26 million people, almost 28,000 infections and a little more than 900 deaths from the virus have been recorded.

WHO warns against hasty corona easing over Christmas

The World Health Organization (WHO) warns against loosening corona restrictions over Christmas if authorities do not have the infection process fully under control. “If people become infected with one another and if a country does not have the necessary infrastructure to pursue cases and isolate contacts and quarantine them, loosening will lead to greater contagion,” said WHO emergency aid coordinator Mike Ryan in Geneva.

Governments need to be aware that they can only weigh risks. There is no scientific formula as to which easing is justifiable or how many holidays are safe without major requirements. “There’s just a higher and lower risk that the situation will get better or worse,” he said. Governments would have to weigh the risks of the virus spreading further with the economic and social risks of maintaining restrictions. If people are not allowed to meet over the holidays, there is great frustration, corona fatigue and possibly resistance to the measures, he admitted.

Corona Germany: Do stores have to close? – That’s what...

Tesla has to partially suspend clearing – decision of the Higher... 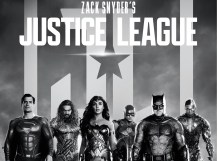 At least ten dead in avalanche accidents in Iran