This means that in the two westernmost federal states, voluntary tests for the population are also carried out in parallel to the tests for all teachers and kindergarten teachers. Details about the organization are not yet known. Salzburg also starts the mass test earlier, namely on December 12th and 13th. Originally, mass tests for the population were only planned for the weekend before Christmas (19/20).

He hoped the risk of infection could be kept in check, said Chancellor Kurz. The aim is to prevent or shorten further lockdowns.


As already known, the start is with kindergarten and teaching staff. Then police officers are to be tested. Tyrol and Vorarlberg, which start with a broad offensive, are an exception.
Those who test positive should receive a second test in order to minimize the risk of a false positive test, according to Health Minister Anschober. However, a negative test result is still no “carte blanche”.

As far as a nationwide vaccination strategy is concerned, the government agreed this morning to start vaccinating “vulnerable groups” such as the elderly, via medical and nursing staff, in order to achieve the highest possible vaccination coverage. Chancellor Sebastian Kurz says that it will be possible to “start vaccinating step by step”. That is good news, but Austria still has some challenging months ahead of it.

Anschober specified the details already addressed yesterday in a press conference: In phase 1, starting in January or February, around a million vaccine doses would be available. In order to be able to guarantee vaccination protection, i.e. basic immunization, vaccinations must be carried out twice. Accordingly, the amount is enough for around 500,000 people, primarily medical and nursing staff.
In phase 2, people aged 65 and over and other risk groups should follow. Two million vaccines are planned for this. Then a broad, nationwide vaccination offensive is planned for phase 3. The goal is a vaccination rate of at least 50 percent, so Anschober.

Kurz sharply criticized the call by the Freedom Party to boycott the mass tests before Christmas. FP club boss Dagmar Belakowitsch had indirectly called on Wednesday in a press conference to refuse the test: “If you want to celebrate Christmas in peace, then don’t get tested.” She once again criticized the fact that the procurement process had not been put out to tender, especially since there are more pleasant alternatives, such as throat swabs. Belakovich made mobile again against an “indirect compulsory vaccination”. The FPÖ calls for a so-called ban on discrimination for those who have not been vaccinated. Belakowitsch is also questionable as to who is currently responsible for possible “long-term consequences”.

The deputy VP general secretary Gaby Schwarz also reacted on Wednesday to the statements of the blue vice club boss: “The FPÖ is once again taking advantage of the corona crisis today to stir up fear in the population in a completely irresponsible manner at the expense of health.” Belakovich’s call not to be tested is “renewed evidence that the FPÖ prefers to participate in conspiracy theories instead of constructively helping to overcome the health crisis.”

This trend is driving up the horsepower figures for new cars

Health – Berlin – After the first injection against Corona: 101-year-olds... 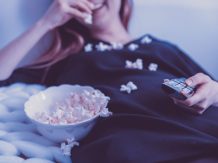