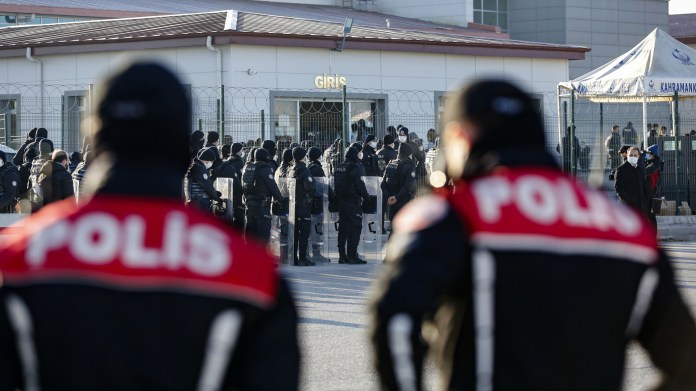 In 2016 a military coup failed in Turkey – now hundreds of defendants have been sentenced. The judges ruled 337 times for life imprisonment, sometimes under tougher conditions.

More than four years after the failed coup attempt in Turkey, a court in the capital Ankara has sentenced hundreds of suspects to life imprisonment. A total of 475 defendants had to answer in the years of proceedings.

337 accused have to go to prison for life. They have been convicted of, among other things, charges of attempted coup, assassination of the president and willful homicide. Sometimes the judges pronounced sentences of up to 79 times life imprisonment under harsher conditions. These increased life sentences were introduced in Turkey in 2004 and replaced the death penalty.

60 other accused also received prison terms and 75 were acquitted. The process began in early August 2017.

The convicts include high-ranking military officials, pilots, but also civilians, as the state news agency Anadolu reported. In 2016 they were all involved in the attempted coup around the Akinci Air Force Base.

On the evening of July 15, 2016, military personnel arrested the then Chief of Staff and now Defense Minister Hulusi Akar and other commanders in Akinci while F-16 fighter jets bombed parliament and government buildings. Fighting broke out during the night in both Ankara and Istanbul. The putschists used tanks and also fired at civilians. Around 250 people were killed, according to the Turkish authorities. In addition, more than 2000 people were injured.

The coup attempt failed, however, when tens of thousands of people opposed the coup plotters on the streets. President Recep Tayyip Erdogan called for popular resistance to the coup.

“Wave of purges” after attempted coup

The Turkish government blames the movement of the Islamic preacher Fethullah Gülen for the attempted coup. He has lived in exile in the US since 1999 and denies the allegations.

After the attempted coup, the Turkish government took massive action against alleged participants, government critics and members of the opposition. Erdogan himself spoke of a “purge”. Tens of thousands of people were arrested and more than 100,000 civil servants were dismissed.

Antonio Cassano criticizes Paulo Dybala: “… then he pees his pants...

The Haaland cousin (17) is also a goal machine – football

Google shortens the release cycle of its Chrome browser

Dubai’s ruling family: Princess Latifa will be at home …

“Louis van Beethoven” – review of the film: Quite pale Beethoven