88 new corona infections were reported in Mecklenburg-Western Pomerania on Saturday. The total number of cases since March rose to 5908, as announced by the State Office for Health and Social Affairs (Lagus) in Rostock.

Most of the new cases were reported from the Mecklenburg Lake District: According to Lagus, 32 new infections were registered there. 25 new cases were reported in Vorpommern-Greifswald, ten in northwest Mecklenburg, seven in Schwerin, and five each in the Hanseatic city of Rostock and Ludwigslust-Parchim. Four were registered in Western Pomerania-Rügen.

The seven-day incidence, the number of new infections per 100,000 inhabitants within a week, fell according to the Lagus figures by 0.1 to a total of 46.1. Nationwide, this number is highest in the Mecklenburg Lake District at 77.1, followed by the Vorpommern-Greifswald district with 69.2. In Northwest Mecklenburg and Ludwigslust-Parchim, the Corona traffic lights remained red at 60.4 and 54.8. The value is lowest in Western Pomerania-Rügen, where it is 13.8.

4390 people are considered to have recovered – regardless of the number of unreported cases. That is 120 more than the day before. According to Lagus, there are currently around 1,457 infected people in the country, 114 of them are being treated in hospital, 32 of them in the intensive care unit.

Jim Rakete relies on “bicycles and vegetables” for climate protection

Testing the potential of flying taxis: VW wants to conquer the... 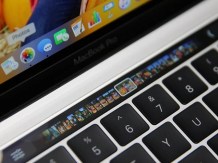 “Flexgate”: MacBook Pro is being repaired by Apple for some time