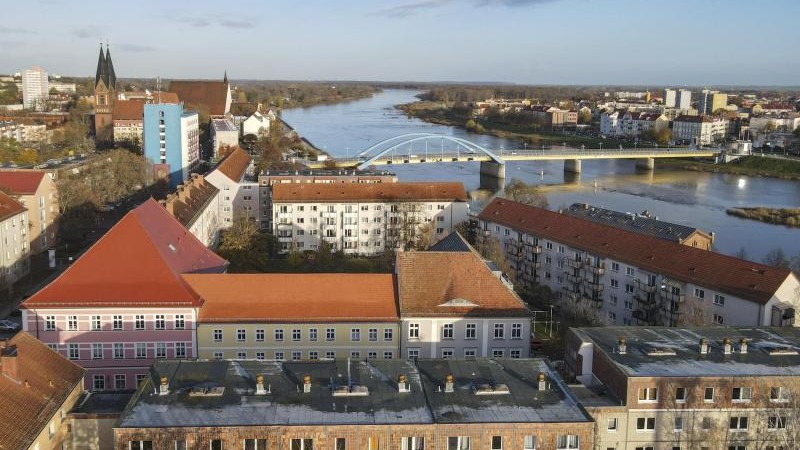 Frankfurt (Oder) (dpa) – On the border with Poland in Frankfurt (Oder), numerous opponents of the corona restrictions are expected at a demonstration today. Under the motto “Together we set an example for peace and freedom”, the initiative “lateral thinking” from Duisburg (1 p.m.) is planning a rally with Corona opponents from Germany and Poland. According to the police, 1,500 participants are registered. They want to protest in the square below the Oder bridge. Michael Ballweg, founder of “lateral thinking” from Stuttgart, has been announced as the speaker.

The officials are preparing with a large contingent for the demonstration on the border with Poland. The officers are supported by riot police and the federal police.

According to the police, two counter-demonstrations have been registered so far, including one under the motto “Masked ball instead of corona deniers” with up to 150 participants.

For several months, opponents and proponents of drastic protective measures in the corona pandemic have faced each other, sometimes irreconcilably. The police said on Friday that there was the legally protected right to hold meetings – this could be used with minor restrictions without violating the law.

In Leipzig, a demonstration of the initiative “lateral thinking” got out of hand on November 7th. Tens of thousands of people demonstrated close together without a mask and did not comply with the Corona requirements.

Laschet after Corona summit: “I know many are unnerved”

The new Corona resolutions: The original document for download

The protocol: This is how the Corona dispute between Merkel and the countries *** BILDplus content *** – domestic politics

Mask requirement and home office: The federal and state governments have agreed on this

Two days before the demo: leader of the right-wing Proud Boys...

Corona dispute: This is why PCR test manufacturers are demanding more...

Prince Harry & Duchess Meghan: New step towards the future: everyone...

Berlin’s new underground stations: off through the middle – DER SPIEGEL

Wienerberger: 2020 result will be better than expected

For the time being, continue in the home office: Apple Park...