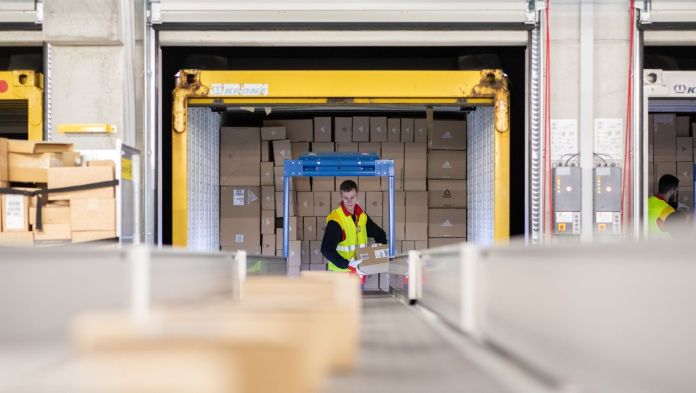 Parcel deliverers benefit little from the boom in online retail and record deliveries in the Christmas business. In the past decade, salaries for postal, courier and express services have increased significantly more slowly than in the economy as a whole. This is shown by figures from the Federal Statistical Office.
Accordingly, the gross monthly earnings of all employees in the sector increased by 15.6 percent compared to 2010. In the entire economy it was plus 25.6 percent in the same period.
Women workers in postal, courier and express services are paid comparatively poorly. In 2019, full-time employees received an average of EUR 2,924 gross per month – around EUR 1,000 less than the average of all employees of EUR 3,994. For many people in the industry, the earnings were significantly lower: semi-skilled workers received € 2,403 gross per month and unskilled workers received an average of € 2019.
In addition, employees rarely have a regular working week. According to statisticians, two out of three employees in postal, courier and express services also worked on weekends and public holidays in 2019. 15 percent also delivered in night shifts.

With the boom in online trading, postal, courier and express services have been experiencing an upswing for years, which picked up again in the corona crisis. From January to September sales in online retail rose price-adjusted by more than 21 percent compared to the same period last year. The Christmas business promises new records: The Federal Association of Parcel and Express Logistics (Biek) recently forecast that around 420 million parcels will be delivered in November and December – 60 million more than a year earlier.

Average wages in supermarkets are falling

In addition to parcel delivery companies, supermarket employees are also particularly affected by the corona crisis. Because the grocery trade was one of the few industries that remained open during the initial lockdown. Nevertheless, employees in German supermarkets earned less on average in 2020 than in the previous year. The editorial network Germany reports that this is based on figures from the Federal Statistical Office, which the Left parliamentary group asked for.

Falling weekly hours were not responsible for the decline, according to the report. Rather, the number of paid weekly working hours between the two comparison periods even increased from 35.3 to 37.9 hours, which is likely due to the influx of customers during the first shutdown in spring. At that time, hamster purchases had brought record sales to retail chains.

Left parliamentary group leader Dietmar Bartsch sharply criticized the fact that average wages are falling despite the sales records. “Is that the thanks for those who keep the country going?” The RND quoted him as saying. It should not be “that the owners of Aldi, Lidl, Rewe and Edeka are having their pockets full in the corona crisis, and nothing is being received by the salespeople who work on the attack every day and put their health at risk.”

Tournament in Germany: ARD and ZDF show games of the European... 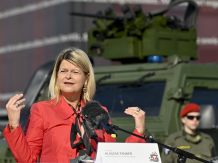 Corona in den USA: Fauci is back – Politik