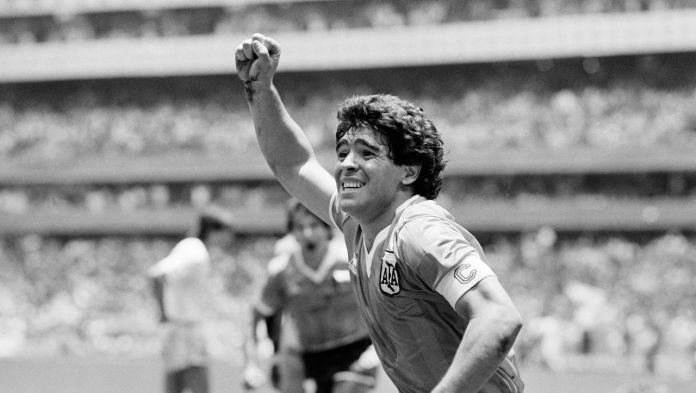 Diego Maradona died at the age of 60. The Argentine Football Association has confirmed this. He suffered a heart attack after undergoing brain surgery in early November.
Maradona played from 1976 to 1997 in Argentina, Spain and Italy for the clubs Argentinos Juniors, Boca Juniors, Barcelona, ​​Napoli, Sevilla and Newell’s Old Boys. With the Argentine national team he won the world title in 1986 with a 3-2 final victory over Germany. Maradona is considered one of the best footballers in history.

At the beginning of November, Maradona was admitted to a hospital in La Plata city because he was feeling unwell. A scan then discovered the clot. Maradona was then transferred to the special clinic in the capital.

After the operation there, Maradona’s discharge was delayed, which his doctor Leopoldo Luque had justified with “confusion” and “withdrawal symptoms” of the patient. The doctor did not comment on this. Maradona has a long history of drug and alcohol addiction.

The football legend has had health problems repeatedly in the past. Maradona has already suffered two heart attacks, fell ill with hepatitis and had gastric bypass surgery because of being seriously overweight. He was also treated several times for drug addiction. According to his doctors, he regularly took psychotropic drugs. Most recently, Maradona was the coach of the football club Gimnasia y Esgrima La Plata.

The “hand of God” made Diego Maradona a legend. The name goes back to the 1986 World Cup. At that time, Maradona had scored a goal with his hand in the quarter-finals against England, which was still counted. Argentina won 2-1 and later became world champions. After the England game, Maradona said it was “the hand of God.” Today the scene is one of the most historic in world football.

Opening has to wait: Lauterbach: Third wave can no longer be...

The case of Anjanette Young brings to mind Breonna Taylor

Verdict against the Halle assassin: an extraordinary trial ends