Donald Trump gives an interview with Fox News, although he is turning more and more away from the station. The US president is once again spreading confused conspiracy theories around election fraud.

Update from Sunday, November 29th, 2020, 8 p.m .: The US election should actually be done. Despite ongoing counts in some states, the result will hardly change, as the recounting of votes in Wisconsin shows. Nevertheless, the topic still preoccupies the media, mainly because Donald Trump does not give up.

In a 45-minute interview with Fox News on Sunday morning (local time) the US President again confused conspiracy theories around supposed Election fraud. It grabbed Donald Trump among other things FBI that would not have supported him and the choice even in favor of Joe Biden could have manipulated.

“It’s outright scam and how – the FBI and Justice Department, I don’t know, maybe they are involved – but how people can get away with something like this is incredible,” said Trump on the phone with Maria Bartiromo. “Why isn’t the FBI on it? It’s not you and it’s a horrible thing. […] It is unthinkable. You’d think that’s the greatest thing they could look at. But they just keep going. ” Donald Trump has nominated the current FBI director Christopher Wray himself, but suspects a conspiracy by the authorities against him.

Most of the responses from Donald Trump dragged on for several minutes. He repeated US President mainly the points of view that he has already expressed on Twitter over the past few weeks. “The postal votes are a disaster,” said Trump for example. “They said ‘millions and millions and millions of absentee votes’ – I’m sure you know people who got three or four, because I did.”

In addition, the mainstream media are to blame for the alleged electoral fraud not being exposed. “The media don’t want to talk about it. You know how fraudulent it is. […] We have no freedom of the press in this country. We have media oppression. ”You can’t have a scandal if nobody reports about it, like that Donald Trump. The media would pretend there was no evidence, but there was plenty. “This is the biggest scandal in our country’s history, in terms of voting rights. […] No way has Joe Biden 80 million votes received. “

First report from Sunday, November 29th, 2020, 1:32 p.m .: Washington D.C. – Donald Trump isn’t a huge fan of news that doesn’t share his worldview. That is why the TV station was considered for a long time Fox News as the US President’s favorite broadcaster. Fox News branded Democrats as dangerous socialists and hailed real estate magnate Donald Trump as a fighter for the common people. Yet mutual alienation is becoming more and more evident.

The alienation between Donald Trump and Fox News continues

Lamented in the election campaign before the 2020 US election Donald Trump lack of support from Fox News and tried Rupert Murdoch, the owner of the news network, to get his employees back on line. And although the opinion department of the cable broadcaster created a massive mood against Joe Biden in the election campaign and spread wild conspiracy theories itself, the news division emancipated itself at the latest in the days after the presidential election on November 3, 2020.

Fox News was the first of the three major news channels to declare Joe Biden the winner in co-deciding Swing State Arizona – ahead of the less conservative channels CNN and MSNBC. The fact that Fox News also declared Joe Biden the winner of the US election a few days later and thus rejected the stories of alleged “election fraud” Donald Trump to white heat. Since then, he has been firing at his former house channel on Twitter without ceasing and is said to have even considered setting up his own digital news channel.

From the idea of ​​your own news channel seems Donald Trump to be out of the way – too expensive, too complex, it is said from the immediate environment of Donald Trump, as various US media report. Instead, the elected president advertises his new favorite channel “One America News“ (OAN) and “Newsmax“. Both channels are considered to be on the right wing politically, open to conspiracy theories and rather dubious. And both channels drum for Donald Trump and his narrative of a “stolen election”.

Yet has a problem Donald Trump: Either OAN as well as “Newsmax“Are small special interest channels with hardly any ratings worth mentioning. The three major news channels Fox News, CNN and MSNBC make up the bulk of the US audience for the most part. If Trump wants to be shown on screens in the living rooms of his supporters, OAN and “Newsmax” only help him to a limited extent. The Republican electorate is watching Fox News.

Only Trump is dumb enough to step on his own feet. His source of life has been Fox. The damage they’ve created is immense.

Let them all fall together.https://t.co/2YRqbuPsLL

Donald Trump wants without Fox News, but can’t yet

This dilemma can be used to explain Trump’s latest farce: The outgoing president intervened Fox News again on Twitter, called the program of the TV station “basically not visible, especially on the weekend”. His loyal following demanded Donald Trump on, OAN, „Newsmax”Or“ almost everything else ”. He added, “This will save you from endless interviews with Democrats and much worse.”

However, only shortly afterwards, Trump himself questioned the consistency of his words: Instead Fox News Boycotting himself and thus underlining the request to his fans, Trump gave a telephone interview on television – in the program of Fox News. The message becomes clear between the lines: I want to Donald Trump Slowly bleeding Fox News and drawing fans’ attention to Trump’s uncritical and benevolent television networks. But he can’t do without Fox News and the audience of the US news channel with the highest ratings. (Mirko Schmid, Lukas Rogalla)

Hammer lockdown: These new rules will apply from Monday – coronavirus 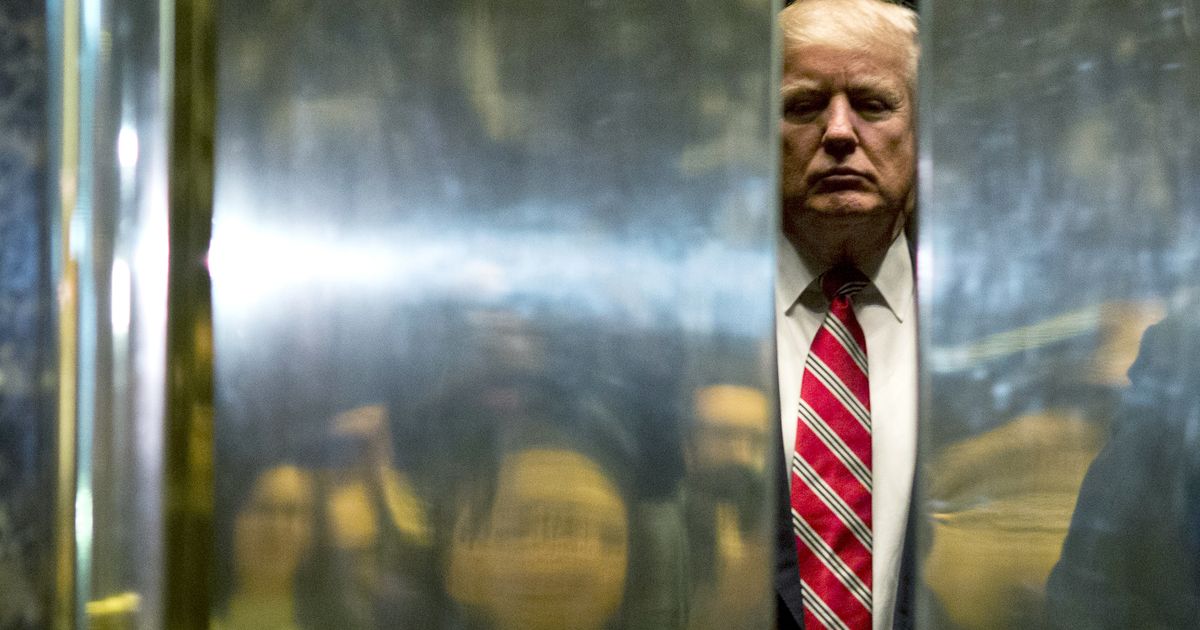 “Burden” for the corporate empire: The Trump brand is badly damaged

New US President Biden called for unity and cooperation

“AI will become important in all industries” – Markt & Trends...

Probably the first case in Germany: death after a second corona...

Admira kicker Morten Hjulmand is said to be very popular with...

Hard Brexit threatens: EU and UK will not agree – no...

“Tip” names Attila Hildmann the most embarrassing Berliner – and Drosten...