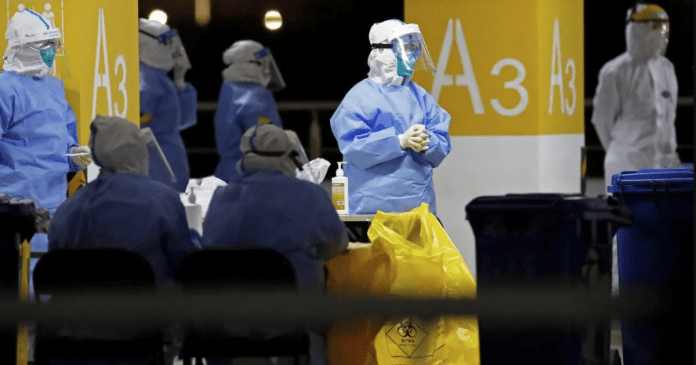 Authorities: Infection in a container

According to the Chinese authorities, at least 11,500 of the tests were negative. The workers affected are believed to have been infected while cleaning a freight container. The humidity in the containers is very high, which contributes to the survival of the coroan virus, a spokesman for the authorities is quoted in the South China Morning Post.

The workers are said to have been infected with viruses of the same origin. According to the Chinese authorities, its genes are largely similar to the strains found in North America.

According to the South China Morning Post, airport workers who expose themselves to a high risk of infection are now to be vaccinated with a vaccine candidate, with their consent.

Although none of the corona vaccines developed in China have been approved for general use, almost a million people are said to have been vaccinated as part of an emergency approval agreement.

This danger looms after lockdown in business – economy

Corona situation “very serious and very complicated”: According to Drosten, all...

Eintracht Frankfurt worries about Amin Younes after the DFB-Pokal | ...

Real Madrid won against Alaves after a cup disgrace without Zidane