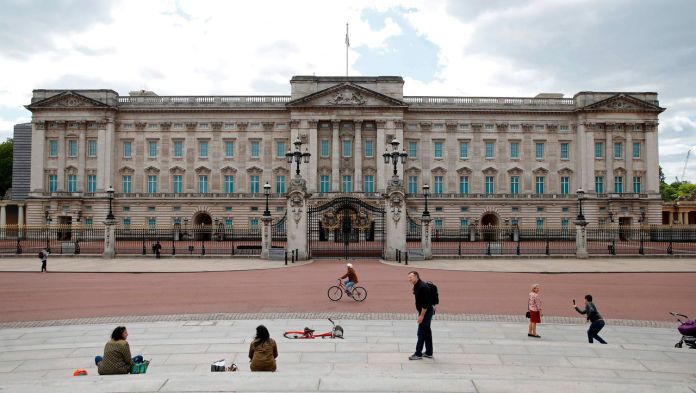 It is not without a certain irony that exactly at the moment when the public – provided they have a Netflix subscription – is once again shown the considerable messiness of the British monarchy (namely in the television drama “The Crown”) also revealed in real life.
Last Wednesday, the day before Thanksgiving, the New York Times published a remarkable essay by Meghan, Duchess of Sussex, a native of the United States, married to Prince Harry, number six in the British line of succession.

In the post, Meghan describes the moment last July when she lost her second, unborn child. She describes how the pain suddenly set in, writes of her grief, the danger of lasting trauma. It is not an isolated case; 10 to 20 percent of all women suffered a miscarriage.

She reflects on the circumstances under which her personal tragedy took place. The world in the state of emergency of the corona pandemic, your country, the USA, deeply divided on elementary questions on which there has seemed to be an unshakable consensus for generations: What is fact, what does science teach us? A country in which brutal racism will be revealed again in 2020 that costs human lives.

Then the Duchess takes up a common thread again, a leitmotif that signaled her emancipation from the British royal family as early as 2019. It is the demand for the most human thing that people can offer one another – empathy. “Are you ok?” Are you okay? If you were only willing to ask one another this simple question, you could overcome isolation and isolation.
The essay is cleverly composed, in its seamless combination of personal experience, social analysis and appellative gesture. The feminist Sussex turns private matters politically and thus the physical and emotional pain of her miscarriage into a weapon against the permanent danger of speechlessness and helplessness for women.
The majority of the serious reactions to the article are positive. Women who perceive the silence about miscarriages as a further trauma after the trauma, midwives and aid organizations praise the Duchess for her courage to expose herself to this very taboo topic.

In addition to applause, the misogyne, racist furor that has been directed against Meghan Markle for years immediately set in on social media.

On behalf of many others, the reaction of the British author Penny Junor, who wrote biographies of various members of the Windsor family, shows the great misunderstanding regarding the Duchess, who is regarded as the driving force in the separation of the Sussexes from the rest of the British royal family.

It was “confusing,” Junor commented, “that Meghan goes public with something so personal and painful when she has repeatedly asked for privacy.”

Confusing, really? It is actually quite simple. It’s about autonomy, self-determination, power over your own life.

Meghan, whose mother-in-law Diana was chased to death by paparazzi in a Paris car tunnel, doesn’t have to put up with the fact that she is hunted, harassed and spied on by the media. But of course she can very well decide for herself when she makes personal things public – on her terms.

The official statement of Buckingham Palace therefore has a fatal effect on the essay. There it said on Wednesday in dry words that the article in the New York Times was a “deeply personal matter that we will not comment on.” The reaction could hardly have been more sour.

This reveals once again the aging British understanding of monarchy from the 19th century, according to which the royal family had to wrap themselves in a cloak of silence and aloofness in order not to endanger the “magic of the crown”. The Windsors were on the same wagon line when the Queen hesitated for days after Diana’s death in 1997 to turn to the grieving British with an expression of empathy. Diana was no longer an official member of the Windsor company at that time, her death was a private matter – that’s how you saw it in the palace. A misjudgment of gigantic proportions, which was corrected late and at that time seriously damaged the aura of the Queen.

Even if one now assumes that the Windsor family is in contact with the Sussexes and that Meghan’s miscarriage was discussed in the summer: The official statement is cold, dismissive and misses exactly what the Duchess demands in her contribution. Are you ok?

Price change clause: customers get their money back – Vorarlberg –

Corona in Germany: FFP2 fiasco? Millions of masks have probably...

Draft by the Minister of the Interior – Special rules for...