The manufacturer wants to submit an application for emergency approval on Monday. Serious side effects of the vaccine have not yet been identified.

The US biotech company Moderna wants to apply for emergency approval in Europe and the USA on Monday after positive study results with its corona vaccine. “We believe we have a vaccine that is highly effective. We now have the data to prove it,” says Tal Zaks, Chief Medical Officer at Moderna. “We believe we will play an important role in turning this pandemic will.”

According to an analysis of the pivotal study, the vaccine showed 94.1 percent effectiveness against Covid-19. Severe course of the disease could be prevented, serious side effects were not found.

This could make Moderna’s vaccine the second in the US to receive emergency approval there. The partners BioNTech and Pfizer had already applied for this on November 20 and are expecting the green light by mid-December.

The FDA’s Vaccine Advisory Committee is due to meet on December 17 to review the Moderna study data and make a recommendation, and Biontech and Pfizer are to discuss the vaccine on December 10. In Europe, accelerated approval processes are already underway at the European Medicines Agency (EMA) for both projects. Moderna also wanted to apply for conditional marketing authorization from the EMA on Monday.

In terms of effectiveness, both vaccines exceed the requirements of the US health authority FDA, which has set a minimum value of 50 percent for possible approval.

Moderna expects to begin shipping the vaccine in the United States shortly after approval. The vaccine offers logistical advantages over the vaccine from Biontech, since, unlike this, it does not require ultra-cold storage and can therefore be delivered more easily.

The group plans to deliver around 20 million cans in the USA by the end of the year. Moderna has not yet launched a product. The company, founded in 2010, started the first corona vaccine study in the USA in the spring.

The final analysis of Moderna’s study, which includes more than 30,000 participants, is based on 196 Covid-19 cases among the subjects. Of these, 185 had received an ineffective placebo and eleven had received the vaccine.

Moderna reported 30 severe cases, all of which occurred in the placebo group – the vaccine was 100 percent effective in protecting against the course of severe disease. The protection provided by the vaccination was the same regardless of age, gender and ethnic origin.

Moderna chief physician: “It was the first time that I allowed myself to cry.”

Zaks said he was deeply moved by the news that the vaccine was 94 percent effective. “It was the first time I allowed myself to cry. If you just do the math at this level of effectiveness for the pandemic that is raging around us, it’s just overwhelming.”

The most common side effects included tiredness, redness and pain at the injection site, as well as headache and limb pain. Some participants had flu-like symptoms, but that “goes hand in hand with such an effective vaccine,” said Zaks.

Biontech ahead of US approval

Does the German company make Trump a vaccine hero after all?

Before the end of the year, the company wants to start a new study to test the vaccine on adolescents too, so that a vaccination could be available for them by September next year. Other manufacturers are also testing their vaccines on young people. (Reuters) 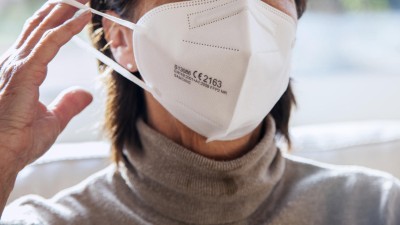 Week of uncertainty: that’s why we won’t know what the corona...

Berlin & Brandenburg: Senate is planning to use fewer vaccine doses...

Just Dance 2021 brings a dancing fairy tale story with a...