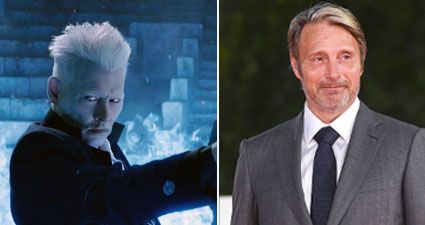 “At first it was just rumors, now it’s fixed: Mads Mikkelsen takes on Johnny Depp’s role in the sequel to” Fantastic Beasts “.

It is a big disappointment for many film fans: Mads Mikkelsen replaces Johnny Depp as the magician Gellert Grindelwald in the third part of the Harry Potter Prequl series “Fantastic Beasts”. Warner Bros. officially announced this in a statement.

The background: Depp had recently lost a libel case against the tabloid “The Sun”. The case involved an article that said Depp had mistreated his ex-wife Amber Heard. The majority of the allegations mentioned in the “Sun” have proven to be true, the judges wrote in their judgment published online. The court therefore dismissed the action. The Warner Bros. studio then announced the actor.

When the first rumors arose that Mads Mikkelsen would take over his role in “Fantastic Beasts 3”, fans began to protest on Twitter under the hashtag #notmygrindelwald. But the producers didn’t let that impress them. The Danish actor was officially made his successor in the end.

Awesome! This is how much Mariah Carey earned from an...

“I did everything right”

105 rescuers in action: fire in the basement of a Berlin...