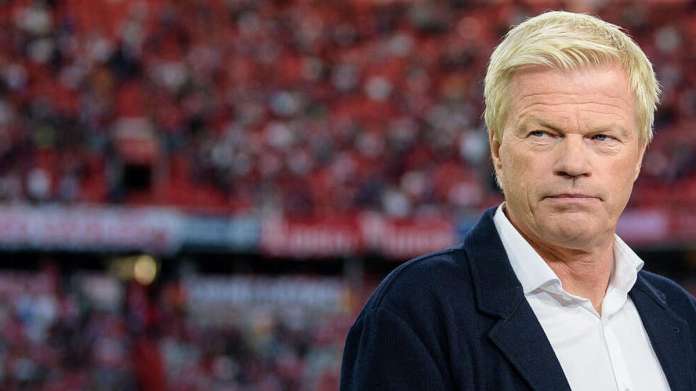 FC Bayern hosted FC Salzburg on the fourth day of the Champions League. We collected the votes for the game.

Munich – A victory of FC Bayern against FC Salzburg and the goal for the round of 16 in the Champions League is wide open. However, the Flick team has some personal problems. Lucas Hernandez, Niklas Süle, Corentin Tolisso, Good Sarr, Joshua Kimmich and Alphonso Davies fail injured.

Despite the reduced staffing levels, there are still stars at Bayern who dominate the headlines. Such is the future of Jerome Boateng and David Alaba not yet clarified – the contracts of both will expire in 2021. It is quite possible that one of those responsible will comment on the two defense lawyers.

Purely athletic should be Flick-Elf Be warned, because Salzburg made life difficult for Bayern in the first leg. It will be interesting to see how the game goes today.

Before the game, the players and those responsible for the two clubs spoke on Sky-Mic to the game.

Hansi Flick (FC Bayern coach) after the game about …

… the game: “We made our way a little difficult because we lost a lot of the ball. It got better in the second half. I’m satisfied with the efficiency and of course we have a world-class goalkeeper at the back. “

… the achievement of Manuel Neuer: “Manu has been playing sensationally for over a year. With him, the goal for the striker is getting smaller and smaller. He is in the form of his life. He is an insane professional and very focused on his job. “

… the many chances of the guests: “The ball losses mustn’t happen like that. That is insecurity and recklessness. Of course we have personnel problems at the moment. “

… the injured: “Pavard got a knock on the ankle, it’s nothing bad. I’m happy that Lucas Hernandez can play again. Marc made a good debut. That’s where he annoys himself the most. “

Manuel Neuer (goalkeeper FC Bayern) after the game about …

… his secrets in one-on-one: “It’s also a mind game sometimes. You have your tricks. For me it is important that we won today and are group winners. You do what you can. “

… the game and the upcoming tasks: “We’ve received too many goals recently. It was of course also down to the opponents, we played against a strong team. We lost the ball too easily and that hurt us. I have no worries, we are in front everywhere. “

… the death of Maradona: “It is of course a sad day for world football. He is an absolute legend. “

Jesse Marsch (coach FC Salzburg) after the game about …

… the reasons for the defeat: “It is a pity. I’m tired of this topic, we played well many times. We didn’t take our chances. Bayern are a great team. The respect for the new is not too great – its quality is too great. It’s difficult for us against an opponent of such great quality up front. We play bravely, but it wasn’t enough. “

Zlatko Junuzovic (FC Salzburg) after the game over …

… the game: “A lot was possible again in the game. We didn’t allow much and get a cheap goal. ”

… the achievement of Manuel Neuer: “He’s just a world class goalie. You have to acknowledge that. I think he even fished one out with his shoulder. “

… the strength of Bavaria: “We played well and we were there, but it’s the little things that decide. You scored the goals at the right time. “

Hansi Flick (Bayern coach) before the game about …

… the death of Diego Maradona: “It is very sad that he died so early. He was the best player in the world in my day. The second best I’ve played with is sitting in your studio – that was Lothar. But Maradona was a special artist for whom the one-on-one was not enough; he liked to take on five or six players. He also always had a certain looseness. “

… the preparation: “We don’t rotate that big. Except for Marc Roca and Richards, all of them are regular players, we want to keep the automatisms. We wanted to play with two sixes because we know what to expect against Salzburg. “

… Niklas Süle: “No, it is not a disciplinary measure. He has to be fit, he was in quarantine for eight days and then with the national team. It is important that we use the time now and conscientiously train with him. ”

Oliver Kahn (board member FC Bayern) before the game about …

… about extension with Goretzka: “It starts well. Can we move on to the next question? ” (laughs)

… the death of Maradona: “We were all shocked at first. He was the greatest player of his time, a genius on the pitch. He was a very, very warm person. “

… the shape curve: “I wouldn’t give the Bremen game so much. It’s nothing new that we have our problems after the international break. The negative experience there also played a role, but now the boys are ready for the Champions League. “

… Jerome Boateng: “We are in contact with Jerome. We all know what he has achieved and what he is currently doing. You don’t have to worry. A contract extension is not excluded. When a player performs so well, then we know what we have in him. We hold talks and then see what the future holds. “

… the DFB crisis: “We have confidence in the people acting there. They will currently make their thoughts. We don’t want to judge that from a distance. ” (smk/epp)

Coronavirus in Germany: Survey: Large majority in favor of extending the...

Bauer is looking for a wife: Iris Abel is back –...

Luka Jovic from Real Madrid back to Eintracht Frankfurt