Austria posted a loss of 18.8 million euros last season. Sponsors did not pay, stadium repayments and corona consequences plague. Where is the new investor? Salzburg also rushes away from all of the earnings.

Wien. From an economic point of view, RB Salzburg was again number 1 in the Bundesliga in the 2019/20 financial year. With earnings growing rapidly, profit was increased to EUR 40.36 million. Thanks to their participation in the European Cup, LASK and WAC were also clearly in the plus, while the annual results of Austria, Rapid and Sturm Graz slipped into the red in the pandemic season according to the published Bundesliga data.

At Salzburg, sporting and economic success go hand in hand. “We are delighted with this exceptionally good financial result. It is primarily due to the first-time participation of FC Red Bull Salzburg in the group stage of the UEFA Champions League, for which we have worked very long and hard,” explained Stephan Reiter the commercial director and also cited the transfer proceeds (Erling Haaland, Stefan Lainer, Xaver Schlager, Hannes Wolf, Takumi Minamino) as an essential contribution.

“The outstanding result and the generated equity (84.4 million after 44.04 in the 2018/19 season, note) are particularly useful in view of the currently very challenging framework conditions in the current financial year such as the ongoing restrictions on viewers or Uncertainties in relation to future transfer revenues mean that FC Red Bull Salzburg will safely lead through this global crisis, “explained Reiter.

LASK increased its equity to 4.49 million (previously 290,000), the income doubled (but also the personnel expenses) and led to a tripling of the annual result after taxes to 4.278 million euros. This makes Linz clearly number two in the league. The equity of the Europa League participant WAC also increased sharply, and profits turned significantly positive (2.396 million).

The deep fall of Vienna Austria

The traditional clubs Austria Wien, Rapid and Sturm Graz, however, made a loss this time. The Viennese violets fell the highest at EUR 18.844 million (previously +2.28 million), the Styrians it was 1.238 million (previously +89,000) and the green-whites from Hütteldorf 199,000 ( previously +180,000). A total of five of the eleven upper house clubs (Mattersburg had put the license back in August) showed a minus before the annual result, which Admira balanced. The 2018/19 season had finished nine of the twelve clubs with a profit.

Wiener Austria, which had missed the European Cup, stated in its annual report “painful one-off effects”, “without which the operating result would be positive”. A national and an international major sponsor therefore had to be written down by a sum in the double-digit million range. Then there would be the effects of the Covid 19 crisis.

President Frank Hensel repeated that there was a need for economic action in the Violette’s business model. “That is why we have been selling shares in our AG (up to 49.9 percent, note) to a partner for almost a year,” wrote the club boss in the annual report. You have until June 30, 2021 to find the best for the development of the club. In the well-advanced talks with a sponsor, the second lockdown in November caused a setback.

At Rapid there was no economically positive result for the first time since 2011/12, but the loss of 199,000 euros was significantly lower than originally feared. According to business manager Christoph Peschek, the main reasons for this are a waiver of wages for players, coaches and employees as well as the short-time working that has meanwhile ended.

However, the impact of the second wave could be more drastic, Peschek believes. “The economic damage in this financial year (Note: July 1, 2020 to June 30, 2021) can be in the double-digit million range.” St. Pölten’s General Manager Andreas Blumauer, however, expressed his confidence “despite the difficult outlook”. “I am convinced that we can again close the current season with a positive economic result,” said a broadcast in view of a minus of 410,000 euros with negative equity.

In the data published by the Bundesliga on Monday, payments to players’ agents and agents of LASK (significantly / 2.558 million), Sturm Graz (1.692) and Rapid (just under / 1.111) were ahead of Salzburg (1.009). In the second division, Austria Klagenfurt closed the season after narrowly missed promotion and with negative equity with a minus of 2.088 million euros.

Snowboard: Gasser and Co. grab their bag of tricks in Laax

What he expects from George Russell in the future

FC Bayern: Flick plans without Alaba – replacement “must and will” come

Open questions after World Cup withdrawal: Belarus out – where will the Ice Hockey World Cup now be held?

After his release, Leonardo steps in against Thomas Tuchel

Breel Embolo: This is how Gladbach reacts to the party allegations

“Tatort”: This is the young avenger with the distinctive scar

America is fighting the doldrums and fascists 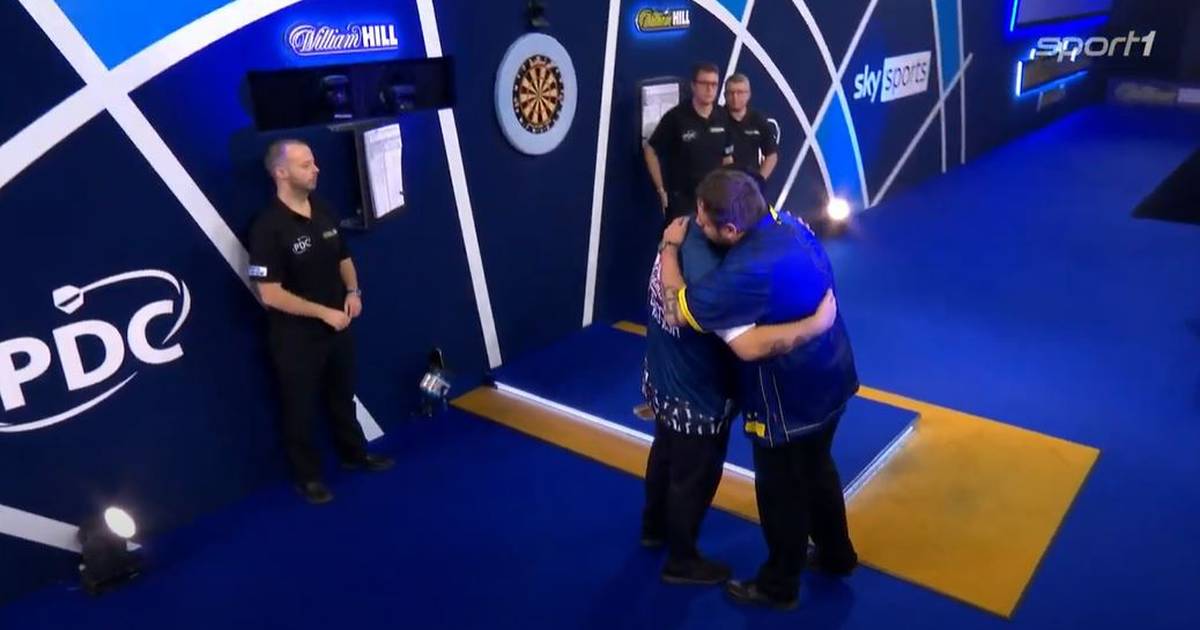 Corona does that with nurses in Germany