The Williams driver saw what happened right out of the car. “I saw him crash into the guardrail. Of course I looked straight in the mirror and saw a big fireball. It felt like something out of a movie.” It was a reminder to everyone that motorsport was dangerous. “Everyone in a racing car risks their life,” recalls Russell. Indeed, it is too easy to forget …

How did Magnussen and Gene Haas react?

Kevin Magnussen, Steiner reports, initially couldn’t believe that nothing had happened to Grosjean. When he spoke to the team in the pit, he calmed down. Understandable that the Dane was excited. But Steiner thinks that he coped with the situation very well.

By the way, team owner Gene Haas is not in Bahrain. “I phoned him two or three times to inform him because people called him. He knows that he was lucky. There’s nothing more to say. We were very lucky,” says Steiner. A fitting conclusion to his media round.

No sympathy for Ricciardo’s criticism

The team boss also commented on the strong Ricciardo criticism of Formula 1 – and does not share it. “If it is clear that nothing has happened to anyone, why shouldn’t you show it? When you show the pictures, you also signal that you are fine. It’s much easier than calling everyone individually, your family and so on. It turned out well. Then you can show it, “said Steiner.

He also spoke about his phone call with the French. “He was in a good mood, he was joking,” reports Steiner and reveals: “I asked him a few questions, he also asked me. When I called him, he was on the line with his family.”

Steiner is asked if Haas even has enough parts to run next week. Because the car is of course a total loss. “We have enough spare parts,” he gives the all-clear. “Our budget is modest, but we can drive here next week with two cars. We have to build a second car first.” But that will be done. Only: “We wouldn’t be able to cope with another accident like this.”

Forces not yet confirmed

Steiner explains that the car was inspected by the FIA ​​but not confiscated. He does not want to comment on the g-forces in the accident. No reliable data are available yet, he says. There was speculation about 53g elsewhere. The 221 km / h that he was able to achieve when the impact was made is confirmed by the team.

The online media round with Günther Steiner is now running as announced. “We were lucky. We had a guardian angel today,” he says. He praised the work of the security officials. “It was very impressive how quickly the sports attendant were at the scene of the accident. We have to thank them. The system works.”

He also seems optimistic that Grosjean will be able to drive Bahrain in a week: “I’ll visit him at the hospital tomorrow and hear what the doctors have to say. If he can, my plan is for him to race next week . ” Given the pictures from the hospital, I find it hard to believe …

Effects on the World Cup

Today actually irrelevant, but we still want to briefly look at the sporting effects of the race. In the fight for second place in the World Cup, Verstappen moved up to twelve points on Bottas. So the Dutchman still has a chance to become vice world champion for the first time in his career.

Racing Point was the big loser in the constructors’ championship. There, McLaren (171 points) is now ahead of Racing Point (154) and Renault (144) in the battle for P3. Ferrari was also one of the losers. With 131 points, after the good Turkey result, they said goodbye to the battle for third place.

Toto Wolff understands that Formula 1 showed the pictures of the accident. “You can’t hide anything in the modern world. If the FOM doesn’t show it, someone has their cell phone with them and is filming it,” he explains, adding: “You have to be transparent. These images were scary and cruel. But if you can.” as an organization is not transparent, you run the risk of someone else showing it, and you can no longer control that. “

Media round with Günther Steiner

At 9:30 p.m. we will also have an online media round with Haas team boss Günther Steiner. The most important statements are of course available here in our ticker.

Now the Frenchman has spoken personally. He thanks for the messages and explains that he is more or less well. Very beautiful! When you see him like that, it seems unlikely that he will be back in the car on Friday …

First picture from the hospital

Here is the photographic proof that Grosjean is doing well given the circumstances. FIA President Jean Todt, among others, visited him in hospital after the accident.

Should Formula 1 show such pictures?

Daniel Ricciardo’s criticism of Formula 1 has also sparked a discussion on social media. And we in the editorial team don’t quite agree on this issue either. It is clear, however, that Formula 1 only showed the scenes from the accident on TV when it was clear that Grosjean survived the crash well. Still a difficult subject …

No breaks at Grosjean

The FIA ​​has now officially confirmed what team boss Günther Steiner had already suspected: Grosjean has no broken bones after the accident. Very well! By the way, at the time of the impact, it was 221 km / h …

Grosjean back next week?

That is of course not the most important question at the moment, but many fans would like to know whether the Frenchman will or can be back in the cockpit on Friday. “As soon as I know him, he wants to be there again. But we’ll see that tomorrow when they take off the bandages. Because he has no idea how [die Verbrennungen] look, “explains Günther Steiner. Tomorrow they will talk to the doctors and see what happens next.

The team boss does not want to talk about a possible plan B.

Perez: When the podium becomes a minor matter …

The Mexican explains that it is “hard” for him and the team to have lost a podium so close to the end of the race. “But in the overall context that is almost irrelevant after Romain’s crash at the start,” he explains and adds: “Ultimately, it’s just a podium or a trophy for me, more or less. But the most important thing is that Romain is still with us.”

An electronic problem with the MGU-K was ultimately responsible for its end.

Verstappen: I wasn’t a fan of Halo before

The Dutchman describes the accident as “crazy” and explains to ‘Ziggo’: “He was lucky. You can see how strong the Formula 1 cars are. In the beginning I wasn’t a fan of Halo because it wasn’t so nice looks. But today it saved someone’s life. ” Therefore, Halo is no longer up for discussion in the premier class. “No. It’s very good for safety,” says Verstappen.

No trace of attitude: the world ice hockey association is withdrawing the World Cup from Minsk

How the virus can plague sport

Bukta in the footsteps of Oberlin – Vorarlberger Nachrichten

Clear the stage for the “new Manuel Feller”

Good darts odds for SPORT1 at the beginning Kahn on Alaba remaining at Bayern: “I don’t know how that... 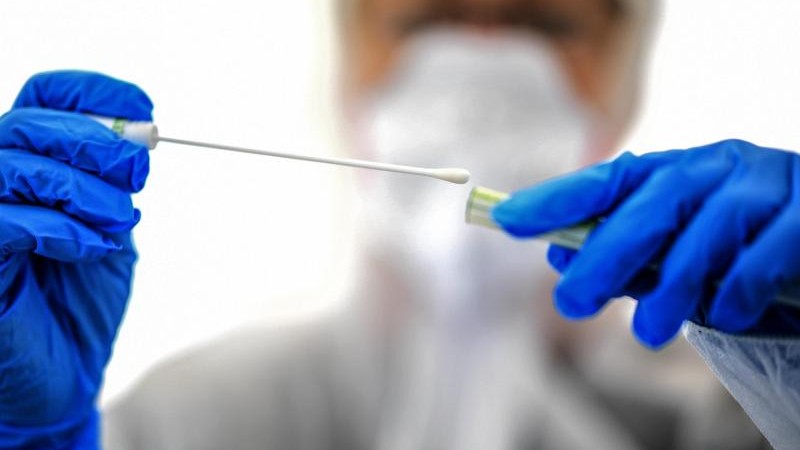