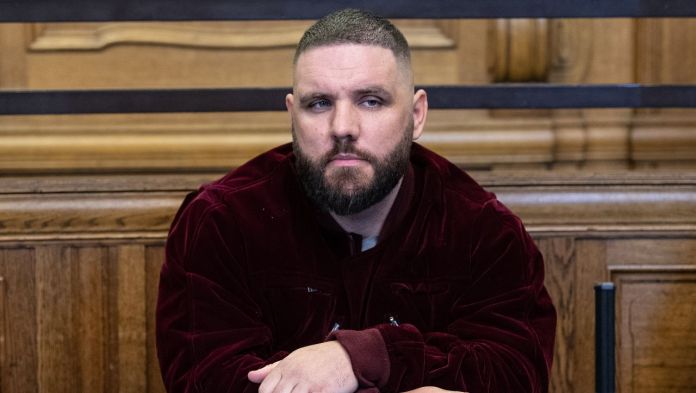 The rapper Fler will probably no longer have to deal with the Berlin judiciary this year. Because the defendant is still ill, the Berlin-Tiergarten district court had to suspend the proceedings. This was announced by a court spokeswoman.
After the trial started on November 4, the rapper did not appear for the next appointment on Wednesday. His defense lawyers had presented a medical certificate to the court, according to which the defendant was currently incapable of standing. The judges then set a trial day for Friday – but Fler has still not recovered.

Insults against Bushido – and police officers

Since the process could not be continued within the three-week interruption period, the process must be suspended and restarted at a later point in time.

Fler, whose real name is Patrick Losensky, is accused of insulting, attempted coercion, driving without a license, damage to property and prohibited reports about court hearings.

The 38-year-old is said to have described the rapper Bushido as a “bastard” and a “disgusting dog” on a video portal on the Internet. Bushido’s wife was also insulted. Fler also repeatedly insulted police officers for several minutes. And in July 2018, he is said to have repeatedly offended a neighbor with violent words.

At the start of the trial on November 4th, the rapper hadn’t commented on the allegations – during the trial he only shook his head every now and then. However, one of the lawyers had described the allegations as a “minor offense”. In addition, insults are common in the rapper milieu – and an expression of artistic freedom.

A “considerable part of the allegations” is also “inaccurate, falsified or taken out of context”. The alleged insults should be viewed “in the light of freedom of expression”. The rapper and his lawyers assume »chicane«.

Losensky, with several criminal records, was not the focus of the police because he was a bully with bad manners. An example should be set on him “as a representative of alleged so-called clan crime,” the defense lawyers said.

Gwen Stefani almost ruined her own engagement: “I didn’t want to...

Bayern want to “make history” at the Club World Cup

After bronze medal in the downhill championship – Feuz: “I can...