A “romantic” moment of last year’s Advent festival was without a doubt the marriage proposal that STEFAN MROSS made to his ANNA-CARINA. A “FEUERHERZ” literally burned in both of them. – It was probably something of a TV highlight of the year. Of course, romance is particularly popular at Advent. And we know the TV makers who like to celebrate such successes. A thought occurred to us …

MARINA MARX is also present at the Advent festival

As is well known, the “Schlager boy band” FEUERHERZ will say goodbye at the Advent festival – what began with FLORIAN SILBEREISEN will now end with FLORIAN SILBEREISEN. It is interesting that the contact between the fire heart KARSTEN WALTER and MARINA MARX has been audible for months, sometimes in very intimate and interconnected poses, without a relationship between the two having been made official. We were the first Schlager portal to notice this on September 20th, and other portals took over it some time later.

Will MARINA MARX and KARSTEN WALTER burst the bomb?

Many stars are currently bringing new Christmas songs onto the market. We are not yet aware of this from MARINA MARX. Maybe she will be “surprised” again with her performance? Possibly from “your” KARSTEN? Admittedly – that’s pure speculation – but we find this constellation interesting, especially since the name “MARINA MARX” has so far been rarely noted on the guest lists. We could imagine a romantic contribution from MARINA and KARSTEN – it remains exciting …

While perhaps (?) Two hearts have finally found each other, unfortunately four hearts diverge. FEUERHERZ will most likely present their latest and, for the time being, last song: “When hearts go apart”. So that the music is not neglected, here is the press release:

They say you should go when it is most beautiful – but nobody talks about how painful it can be. Since 2015 FEUERHERZ have always had the right song for the strongest feelings – even now when they say goodbye to us as a band. With the single WENN HERZEN AUSEINANDERGEHEN, which will be released in September, and the Best Of VERDAMMT GUTE ZEIT – DAS BESBES VON FEUERHERZ, one of the most successful pop boy bands in recent years bows to partners and with four albums, various airplay hits, acclaimed shows and 30 million streams Audience.

Because despite half a decade full of highlights – the Airplay # 1 with the debut, years of Toggo headlining tours and well over 28 million clip clicks – the moment has come in 2020 when the friends want to dedicate themselves to new challenges and the fairytale FEUERHERZ -Story comes to an end. As a souvenir, the band leaves 18 unforgettable songs, each with a special meaning: “We started with DAMN GOOD DAY, so it’s the first track on the album,” explains Matt. “But also WITHOUT YOU, 1X2X3X, ONE OF MILLIONS, EXACTLY LIKE YOU, NOT LONG ENOUGH IF YOU DON’T SAY STOP and of course the FIREHART FAVORITE IN MY DREAMS HELL IS GOING ON – nothing is missing. We hope that we can take the fans with us one last time with this CD – in a FEUERHERZ time machine into our damn good time together! “

The lovingly compiled Best Of contains the biggest hits as well as three new songs – including the main single WENN HERZEN AUSEINANDERGEHEN, which perfectly sums up what we all feel: If we long for yesterday, there is one thing that nobody can take away from us: It was the coolest time of our life. “WHEN HEARTS DIFFUSION is a gift to our community. A souvenir for the future and a memory of five wonderful years “, emphasize FEUERHERZ in front of this last curtain, which they want to enjoy to the fullest with their fans. “We hope that everyone will feel exactly what we felt when we recorded the album – namely, great gratitude for everything that happened to FEUERHERZ. Even if one or the other of us have had real tears: They were wonderful moments for eternity. “

The Crew: Trailer for the new sitcom with the King Of Queens

New triple combo: who is your favorite in the jungle now?

Schlager: Singer Beatrice Egli finally shows a new man by her side

“Ansgar is working up a sweat …”: Lahnstein is happy about her comeback

Jungle show: Zoe is crying – her mother explains the truth behind the tears – TV – jungle camp

Michael B. Jordan makes his love official – to whom the...

Corona vaccination in the USA planned from Monday

YouTube removed hundreds of videos since storming the Capitol 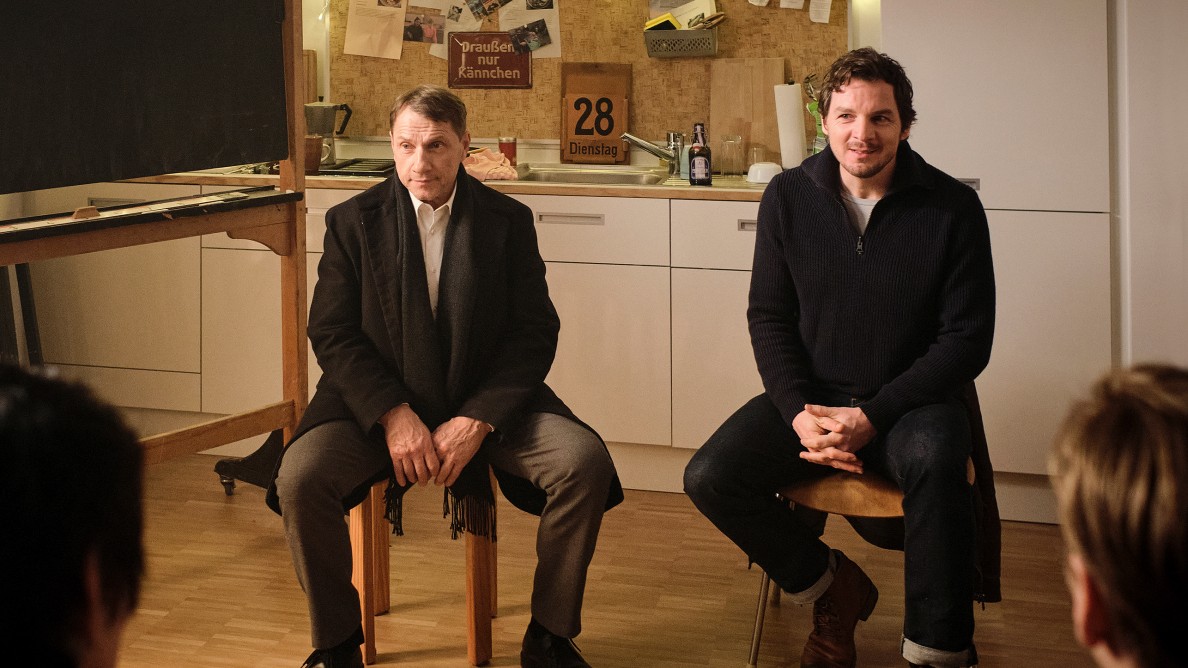 Boeing 737 disappeared with 62 people on board – shortly after...