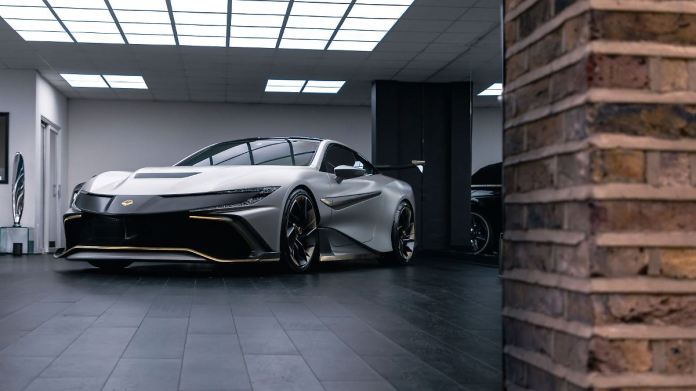 If you want to make a name for yourself like Pagani or Koenigsegg, you have to put something special on your wheels. A man named Naran has now done that and launched a supercar of the same name. Under the hood a propellant with over 1000 hp.

Like Horacio Pagani or Christian von Koenigsegg, Ameerh Naran, a Zimbabwean with Indian roots, wants to be the namesake of a new sports car brand. The first work of his company Naran Automotive, founded in 2017, is to be the four-seater Hyper Coupé The Naran, which is announced for 2022 – over 1000 hp, limited to 49 copies and expensive around one million euros.

The start-up is getting support for the sports car project from BMW, among others, because under the aerodynamically optimized and dramatically staged outer skin is an 8-series coupe. However, the vehicle was not only redesigned, but actually optimized in all points in terms of driving dynamics. This also applies to the BMW engine.

The starting point was the 4.4-liter block that the Bavarians use in the M5 and M8, among others. After a revision by Racing Dynamics, the unit, which has grown to 5.0 liter displacement, should release 1064 hp and 1036 Newton meters and distribute it to all four wheels via an eight-speed automatic. A sprint to 100 km / h should be possible in well under three seconds, the top speed should be well over 300.

The Hyper Coupé should even have what it takes to become the fastest four-seater Nordschleife conqueror to date. The Naran team can fall back on the relevant expertise, because motorsport expert Daniel Mense is also involved in the development of The Naran, who a few years ago helped develop the EP9, with which the Chinese manufacturer Nio set a new lap record for electric vehicles in 2017. Has run in cars on the Nordschleife.

FC Schalke 04 now has a new problem in the Bundesliga

To the bottom of the facts: Jim Cramer with a sweeping...

This is how retailers prepare