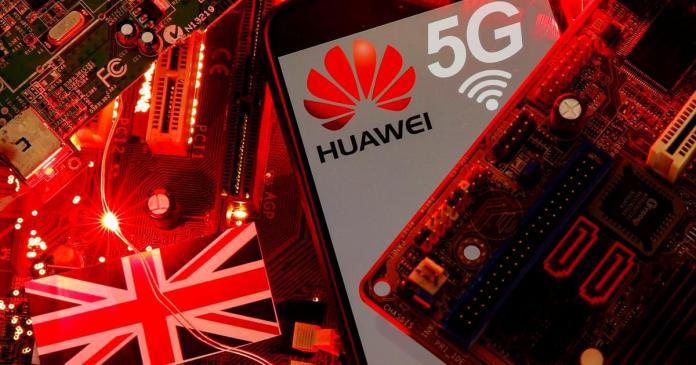 After a zigzag course, the British government is now obviously getting serious. From September 2021, no new technology from the Chinese telecommunications company Huawei may be installed in British telecommunications networks. The Minister for Culture and Media, Oliver Dowden, announced on Monday in London. Technology already installed by the group is to be removed from the networks by 2027.

According to the government, the reason for the move was, in addition to security concerns, the consequences of the US sanctions against Huawei. The US government had tried to put pressure on its partners to exclude Huawei from expanding its 5G networks. Great Britain is hoping for a lucrative trade deal with the USA after the end of the Brexit transition phase at the turn of the year.

The UK government’s change of course is costing the country’s wireless service providers dearly. Since the fourth generation of mobile communications 4G (LTE) and 5G are technically based on one another, existing LTE technology from Huawei could have been upgraded to 5G relatively easily. However, if Huawei is excluded as a provider in the 5G network, the Chinese 4G systems must also be removed as part of the 5G upgrade, even though they are actually fully functional. Therefore, the operators in Germany are also resisting banning Huawei technology from the networks.

“Be very, very careful”: Merkel warns of a third wave in...

“The situation has not escalated”: Geisel evaluates prohibited zones as a...