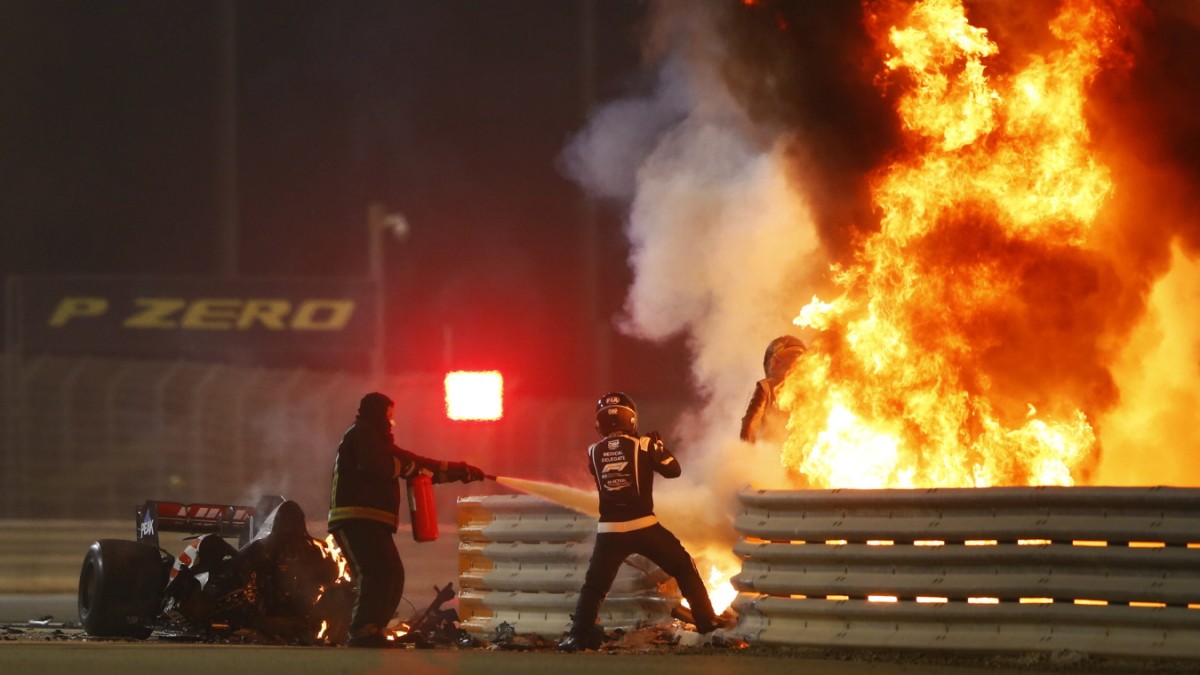 27 seconds. That’s how long Romain Grosjean sat in the flames. And for so long it wasn’t clear whether he would survive what had just happened. The fire raged meters high and with wild twitching, dark smoke rose up. At first Grosjean could not be seen, but then cameras caught how he freed himself from his cockpit inside the fire, how he grasped the guardrail with both hands through which he had just rushed with his racing car.

How he jumped over the bent metal, with only one shoe on his foot and with the help of the rushing marshals, who supported him and sprayed him with fire extinguishers and pulled him away from the flames as quickly as possible. And that Grosjean got out of the fire at all was almost unbelievable. Because at first it didn’t look like he could survive this accident nearly unscathed.

The third last race of this Formula 1 season at the Bahrain International Circuit had only just begun. The drivers had bent around the first corners when Grosjean and his Haas wanted to use a gap in the crowd at the back of the field that he had identified between his teammate Kevin Magnussen and the Alpha Tauri of Russian Daniil Kwjat. The 34-year-old Frenchman pulled hard to the right from the middle of the track. But the gap was not big enough. His right rear wheel touched the left front wheel of Kwjat’s car – and while Kwjat’s car could continue straight ahead, Grosjean’s car was chased through the crash barriers like a torpedo at high speed. The race was stopped immediately, the other drivers steered their cars into the pit lane, the worst was to be feared.

“I haven’t seen that much fire in twelve years”

The explosion on impact was gigantic, the racing car was brutally torn in two. The rear half stood parallel to the guardrail. The front half, where Grosjean was sitting, had slammed through the road barrier and could no longer be seen in the flames. How exactly this part must have turned was not immediately apparent. What was certain, however, was how fortunate Grosjean was. Regardless of how he was pushed through the guardrail in the cockpit, his chassis must have saved his life. The cockpit protection, the so-called halo, may also have played a decisive role. This titanium bracket was introduced in 2018 to protect the driver’s head area. And thanks to the halo too, Grosjean remained reasonably intact. Which was also due to the fact that he got out of the flames just in time.

The overalls and underwear of the Formula 1 drivers withstand the fire for 35 seconds. A protective measure that was introduced in 1979 after Niki Lauda’s devastating accident at the Nürburgring in 1976. One of the worst accidents in motorsport history, in which Lauda suffered the worst burns – and memories of which inevitably came back on Sunday. Not far from the scene of the accident, Grosjean was examined by the route doctor. That was also his luck: that not only the marshals, but also the medical car was very close and therefore very quickly with him, because it always follows the field of drivers. “I haven’t seen that much fire in twelve years. Romain got out of the car alone. That’s incredible,” said Alan van der Merwe, the driver of the medical car. “It’s great to see that everything worked: the guard rails, the halo, the rescue measures.”

When Grosjean tried to get out of his car, he had to be supported by two people and taken to an ambulance stretcher. Shortly afterwards, he was flown by helicopter to a nearby military hospital. “He is in the hospital to have himself checked out. He has minor burns where the fire-resistant clothing has gaps. That was luck in misfortune,” said Grosjeans team boss Günther Steiner.

“A hard, hard slap in the face”

“Title race is not my problem” Gernot Langes-Swarovski died at the age of 78 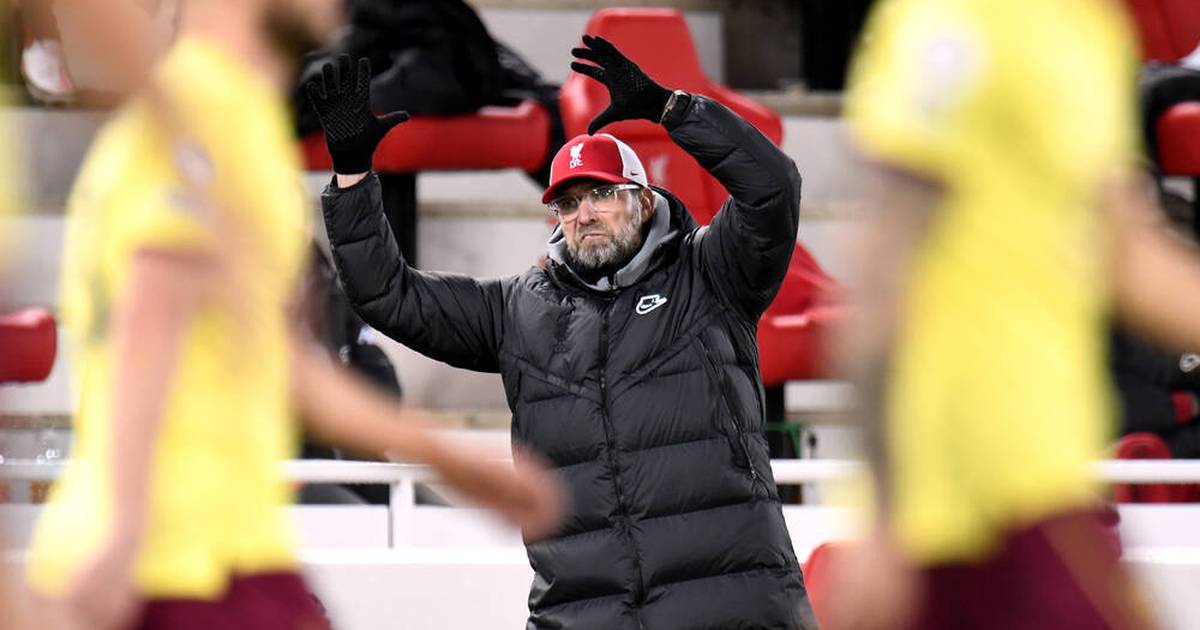 If easing comes too early: Drosten fears up to 100,000 new cases per day

“Ben” and “Emma” are no longer the most popular first names...

According to Oli Pocher, Jenke gets that much money for extreme...

The chances of the German teams on the quarter-finals

Instead of 8.99 euros for free today: This classic game is...

Next corona case on the tour: Russians tested positive – ski...

“What are we waiting for?”: Intensive care medicine urges a hasty...