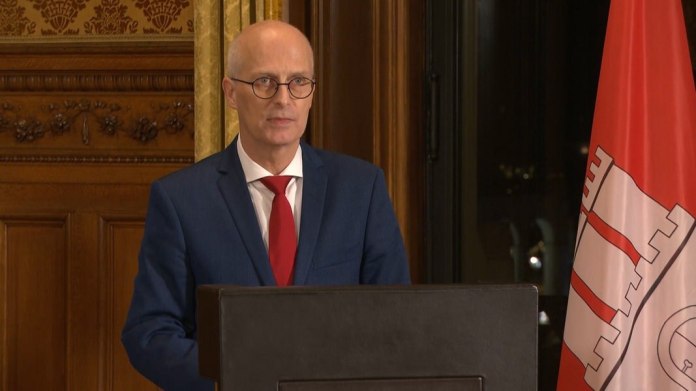 The restrictions on public life decided on November 2 would have had the effect said Mayor Peter Tschentscher (SPD) on Wednesday after several hours of consultations between the Prime Ministers of the federal states and Chancellor Angela Merkel (CDU). “But, that is the main result today: We still need greater stability in the infection process.”

The federal and state governments had agreed in a video switch that lasted until late Wednesday evening on an extension of the current partial lockdown with the closure of restaurants, theaters and leisure facilities until December 20. Chancellor Angela Merkel (CDU) announced this at a press conference.

The nationwide agreement provides that schools and daycare centers will remain open in principle during the corona pandemic. If schoolchildren test positive, they and their classmates – usually the school class – must be immediately sent to a five-day quarantine. The days on the weekend count. After five days of quarantine, they should do a quick test. Those who test negative are allowed to go back to school. Those who test positive should be retested every three days until the test is negative.

The distance rule in large shops is tightened

No general ban on firecrackers – but a recommendation

A general ban on fireworks on New Year’s Eve was not decided – it is only recommended that you do without it. According to Tschentscher, however, there will be a ban on fireworks and firecrackers in busy places and in narrow places. In the coming days, the Senate will discuss exactly where the New Year’s Eve fireworks will be banned in Hamburg. According to Tschentscher, it is already clear that no firecrackers may be set off on Jungfernstieg and the St. Pauli Landungsbrücken.

VIDEO: Corona measures will be tightened again in December (2 min)

In all publicly accessible, closed rooms, a mask requirement will be introduced as in local public transport, said Tschentscher. The same applies to the workplace if the minimum distance cannot be maintained. Tschentscher said companies should be generous in allowing home office work. Classes at universities should be digital.

Appeal: Refrain from travel that is not absolutely necessary

Tschentscher appealed to the people of Hamburg to limit their contacts and to refrain from travel that is not absolutely necessary. That also applies to the ski season, said Tschentscher.

Nationwide, on December 1st, the measures to contain the corona pandemic will be extended and in some cases tightened. more

The partial lockdown now applies at least until December 20, the contact restrictions are tightened. An overview of all the rules. more

The partial lockdown will be extended until December 20, but it will be relaxed over public holidays. More corona news in the ticker. more

Flu, cold or corona? The symptoms and differences

The Netherlands expel two Russian diplomats on suspicion of espionage

Neos boss: “Shame that the data is not transparent”