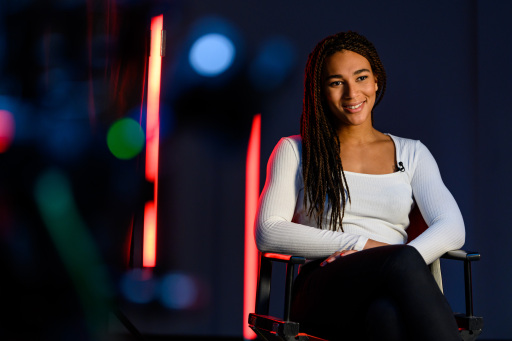 With “HISTORY TALKS”, the TV station HISTORY is launching a new self-produced interview format that lets personalities have their say on historically relevant topics and events. It starts with a 15-minute conversation that the documentary filmmaker Emanuel Rotstein (program director of HISTORY) had with the Berlin actress and stunt woman Marie Mouroum. In “HISTORY TALKS”, the 28-year-old, who has worked in numerous international film productions, including the latest James Bond film, gives a comprehensive account of the Black Lives Matter debate, her own experiences with racism in Germany and why she did it believes that it is important that the USA will soon have a black vice president: “That Kamala Harris has made it is a big step for all of us and very important. She is a great role model.” Mouroum says of the Black Lives Matter movement: “It’s nice that something has happened now, better late than never.”

The occasion of the interview is the upcoming first broadcast of the new documentary series by and with Samuel L. Jackson “Enslaved – On the traces of the slave trade”, which HISTORY will be showing next weekend as part of the special “Black History Matters”. Mouroum on “Enslaved”: “That Samuel L. Jackson also pursues his own roots in the series is a nice aspect. It must have been very emotional for him. But what he did is exactly the right thing, because he explores the culture of his ancestors through his journey. These discoveries have certainly made him proud. ” The six-part production, directed by multiple Emmy Award winner Simcha Jacobovici, traces the harrowing sea voyage that millions of people from African countries had to embark on over a period of several hundred years to live as enslaved people in the so-called New World.

With the special programming “Black History Matters”, HISTORY will dedicate itself to the history of the black population next weekend on the occasion of the current international debate on racism. Between Friday, November 27th and Sunday, November 29th, various facets of the debate will be dealt with in numerous documentaries. The highlights of the theme weekend include the documentary series “Enslaved – In the footsteps of the slave trade” (from November 27th to 29th daily from 21:55 in double episodes) as well as the documentary “Black Patriots – The forgotten heroes of the revolution” with NBA legend Kareem Abdul-Jabbar (November 27 @ 9:05 pm). The special programming is complemented by the top-class drama series “Roots” with Malachi Kirby, Forest Whitaker, Jonathan Rhys Meyers, Laurence Fishburne and Anna Paquin as well as the documentaries “Black in the USA” and “Mandela’s Dream – The Long Way in the freedom “.

Valheim Plus: More building options thanks to modifications

Peter Zulj is moving to Turkey

EU Commission: “More than every third inhabitant of the world will...

Moderna applies for approval for corona vaccine in the EU –...

Strebinger in goal: This is how Rapid & Sturm start the... 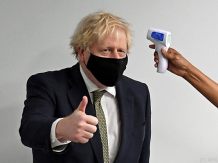